Raising wages & treatment of women in the workplace

Decades ago Washington led the nation by passing equal pay legislation. And then we stopped and we haven’t updated it since. Since then women have consistently failed to earn as much as men, estimated at 79 cents for every dollar a man makes.

One of the biggest reasons women make less than men is because of the culture of secrecy surrounding salaries. Employees are often discouraged or even banned by federal law, from discussing their wages with co-workers. But Washington House Democrats have a solution.

The Equal Pay Opportunity Act would allow employees to freely discuss wages, without fear of retaliation from employers. Studies show most women don’t know they’re being underpaid. This will allow them to negotiate for a better salary and know if they are being discriminated against. Both California and Oregon have passed protections for working women and Washington is falling behind. We are both proud to have voted in favor of equal pay in Washington state. 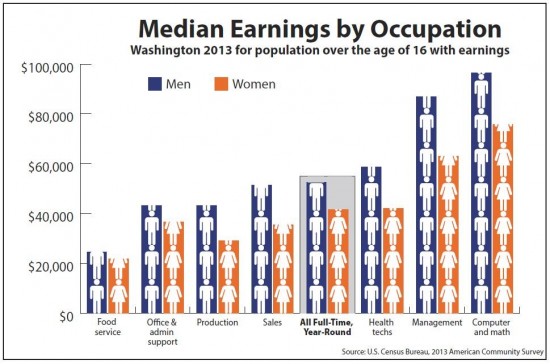 Another great piece of legislation we are excited about is the Pregnant Workers Fairness Act. This would make sure employers provide appropriate accommodations to expectant moms. Simple changes like allowing cashiers to sit or extra bathroom breaks, can allow a woman to safely work longer into her pregnancy and have healthier babies in more financially secure homes. Together, these bills will be a big step towards ending income inequality and discrimination in the workplace.

This time of year, people often start thinking about elections and voting. Expanding access to the right to vote has been a constant goal for Democrats and this year a lot of effort is being made to make sure every citizen has a chance to cast their ballot. House Democrats have sponsored bills to increase access to voting. Joe has prime sponsored a bill to change the deadline on when people can register in person and online. Other bills include pre-registration options for underage drivers, so they’ll be registered to vote when they turn 18, and establishing rules for automatic voter registration. Joe also prime sponsored a bill on behalf of a constituent to allow candidates to submit signatures and a filing fee together to file for office. Some of these bills may move forward and be voted on by the House, some are beginning the conversation in Washington on how to expand voter access.

One bill that has moved forward is the Washington Voting Rights Act. This isn’t the first time you’ve heard from us on the VRA; House Democrats have moved this legislation forward multiple times in hopes we can get it passed in the Senate and signed into law. When communities struggle to make their voices heard in local elections, when individuals or groups are disenfranchised by the electoral system, it’s time for government to act. The VRA would ensure fair elections in local jurisdictions and when groups are being denied a fair playing field, local governments and communities would have new tools to work out the issues without relying on costly and time-consuming federal lawsuits. This important piece of legislation just passed in the House on Feb. 4 and we hope it will get passed in the Senate this year.

Rate of uninsured people in WA dropped by half

A new report by Insurance Commissioner Mike Kreidler revealed that the number of uninsured people in our state is half of what it was only three years ago.

It dropped from 14.5 percent in 2012 to 7.3 percent or 522,000 people in 2015, in no small part by the hard work of Eileen and the Health Care committee to expand Medicaid and hold our healthcare exchange accountable to the people of Washington. 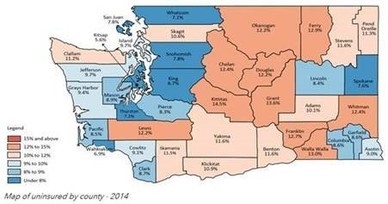 The report highlights the positive impact of the federal Affordable Care Act in Washington with county-by-county data on the uninsured and the law’s effect on many segments of the population. The report also highlights key challenges in health care, including rising costs, prescription drugs, and increasing out-of-pocket costs for consumers. For more information, you can read the report here.