Today is the 61st day of this very busy and hectic 2017 Legislative Session, which calls for a quick update on the happenings in Olympia.

I-5 Bridge Bill is in the Senate

As you know, the Columbia River Crossing (CRC) project died in 2014, but the old river and the aging bridge are still there so we still have to work on solutions. My bill to jump start a new process to replace the I-5 Bridge passed out of the House earlier this week on a 60-38 vote.

House Bill 2095 would declare replacing the bridge a project of statewide significance, which could expedite the permitting process and construction of a new bridge. The bill also appropriates $350,000 from the Motor Vehicle Fund for the Washington Department of Transportation to conduct a planning inventory documenting existing data related to the construction of a new I-5 Bridge.

The Columbian has been keeping a close eye on the bill and has ran several thorough stories on the issue. You may want to read this one, which was posted to their website soon after the bill passed.

Keeping our promise to one million kids

After investing nearly $5 billion additional dollars in our public schools over the last six years, Washington is one step closer to keeping its promise to one million school kids.

A couple of weeks ago we passed HB 1843 to ensure our schools are fully funded and that every child receives opportunities to learn. Every element of the bill was driven by this simple question – What’s best for kids?

Schools can take a breather

That sigh of relief you heard yesterday came from Washington school districts when they heard the levy cliff bill is on its way to the governor’s desk.

The House of Representatives passed ESB 5023 to fix the looming $358 million levy cliff crisis facing public schools next year. Without this bill, school districts have been forced to write budgets for the upcoming school year that include teacher layoffs and other reductions in spending.

In an effort to lessen the negative impacts from the Great Recession on school budgets, in 2010 the Legislature gave local school districts some additional leeway to raise local levies to help make up for state funding shortfalls. This additional flexibility is set to expire this year.

The levy cliff bill passed today extends temporary levy provisions for one year and avoids a $358 million cut to local schools. It ensures that school budgets won’t be cut while the Legislature continues to work on an education funding solution.

Click here for a Google map with a breakdown of how much each school district stood to lose if the Legislature did not approve a levy cliff fix.

The bill passed by a vote of 87-10, this is a reassuring reminder that things are bipartisan when a crisis must be averted.

There are still way too many people saying that we’re just imagining there’s a problem. So let’s get that out of the way. Gender discrimination in pay does, in fact, exist.

I recently participated in a new TVW project called “Legislator Profiles.” These are short 2 to 3 minute videos that are airing between gavel-to-gavel hearings to provide viewers some information on their legislators. Click on the image below to watch it: 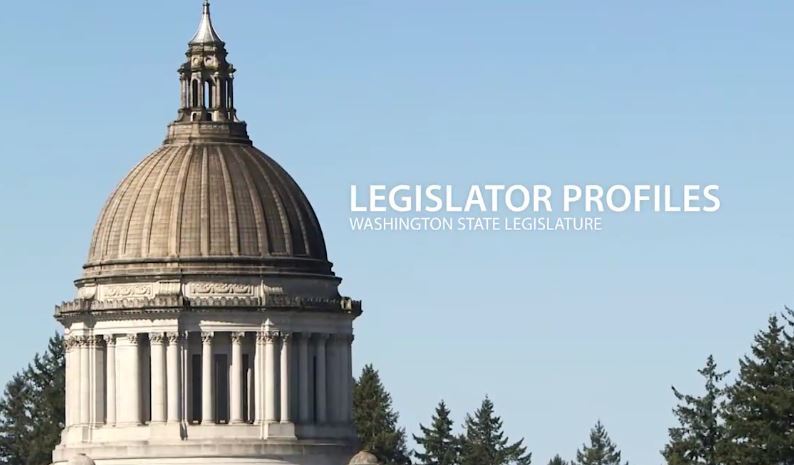 We’ve passed the halfway point of the regular session and have begun considering the Senate bills that made it over to the House before the cutoff. Many policy bills did not make it through, so we will focus on what remains and, of course, on the budget and anything relating to fiscal matters. Any bills that do not make it through this year will be automatically reintroduced on the first day of next year’s session.

Thank you for reading this update, I hope you found it informative. If you have any questions or want more information on any legislative issue, please contact my office. And if you’re in Olympia, stop by for a visit.