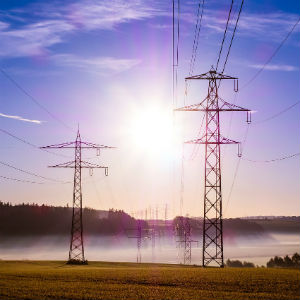 Legislators are nominated by their respective leadership to take part in the program. Rep. Kloba was selected for her work as vice chair of the House Technology & Economic Development committee.

“Each energy sector in our state’s portfolio has both opportunities and challenges, and understanding how they all work together is critical,” Kloba said. “After taking this course, I feel fully prepared to make knowledge-based decisions around energy policy in our state as we transition to a distributed-energy model.”

Most of Washington’s energy has historically been generated by large, centralized conventional power stations, such as hydroelectric dams and coal- and gas-fired electrical plants. Once generated, the energy from these sources is transmitted over large distances. By contrast, a distributed-energy model is de-centralized and consists of smaller, grid-connected devices that are located closer to the areas to which they provide power. The role these systems will play in the energy grid is expected to increase as the technologies they are based on continue to advance. Distributed energy systems tend to use renewable energy sources, such as hydropower, solar, and wind.

The Legislature recently extended a major solar incentive program for 12 more years. The program was about to sunset, but allowing it to do so would have threatened thousands of jobs in the state’s fast-growing solar energy sector and hampered renewable energy progress. The extension (Senate Bill 5939) is considered a major bipartisan victory of the 2017 session.

The House Technology & Economic Development committee will meet next during the Legislature’s Committee Assembly days, scheduled for November 16 and 17 in Olympia.