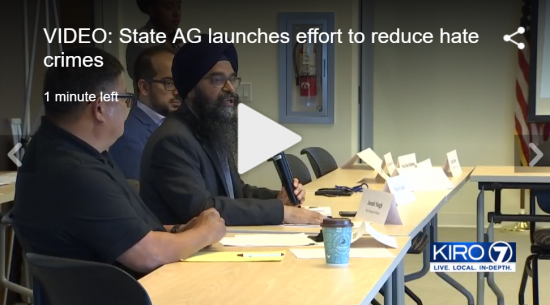 WATCH: New effort by state Attorney General’s Office hopes to reduce hate crimes in WA
The state attorney general launched an effort, to not only increase awareness about the growing number of hate-related incidents, but to better prosecute those who commit these crimes. Everyone from law enforcement, prosecutors and community groups throughout Washington are part of this advisory group that will meet about four times, along with members of the public. Read and watch more on KIRO7 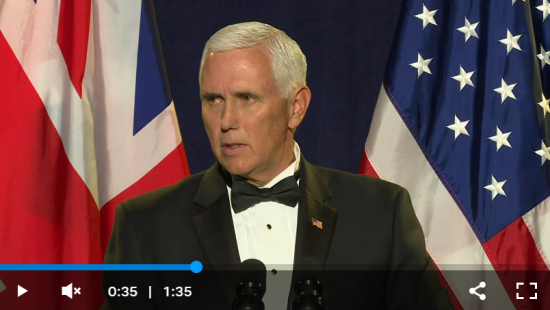 The messy week in Brexit explained for Americans
The news this week in American politics was focused on Hurricane Dorian, #SharpieGate, climate change and the ongoing debate over gun control in the wake of several recent mass shootings. But things across the pond looked just as messy in the U.K. Read more in USA Today

Sound Transit wants to know how you would spend $1.2 billion expanding Sounder service When voters approved the Sound Transit 3 measure in 2016, they green lighted expansions of Sounder, the regional train system. In the South Sound those possible $1 billion plus in improvements include: expanding seven-car trains to 10-car trains, adding additional trains, expanding service to Tillicum and DuPont. Sound Transit wants to hear what the public thinks about those ideas. Read more in the News Tribune

Everett Herald (subscription required)
Monroe School Board to consider moving district headquarters
They voted but their ballots came in too late to be counted
Burke: A ‘gun guy’s take on rights, a response to shootings
Commentary: Counting the costs of climate-driven disasters
Commentary: Reforms at state prisons protecting lives, safety
Editorial: Kids need more than 13 minutes for lunch

News Tribune (subscription required)
Sound Transit wants to know how you would spend $1.2 billion expanding Sounder service
Pierce County is a target-rich environment for automation. That should scare us into action
Editorial: Gov. Jay Inslee gets slapped with a lawsuit, and democracy is better for it (Sullivan, Fey)

New York Times
Brexit Updates: Speaker Says He Will Step Down How Trump’s Plan to Meet With the Taliban Came Together, and Fell Apart
Dozens of Bahamas residents hoping to seek refuge were kicked off a ferry headed for Florida because they had no visas.
Amazon, Apple, Facebook and Google have all drawn the attention of antitrust regulators, but for different reasons.
Juul violated federal regulations by marketing its vaping products as safer than cigarettes, the F.D.A. said.

Yakima Herald Republic
Letter: No one who utilizes Washington’s Death with Dignity Act is a coward

NW Public Radio
Washington ranchers push to create their own fire fighting teams in ‘no man’s lands’
Will a massive effort to secure the 2020 vote end up superfluous or not enough?

Civic Skunkworks
Is That Minimum-Wage Story Real, or Is It Bogus?

Crosscut
Indigenous fire practices once shaped the Northwest — and they might again
How Washington’s ‘summer of fire’ nearly destroyed Seattle, Spokane and Ellensberg
After a national search for a new housing director, Durkan promotes from within