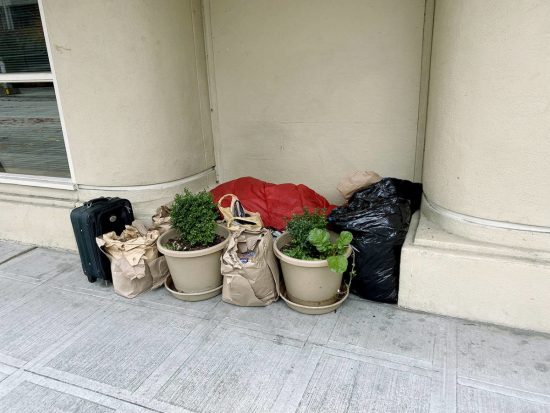 Lawmakers: Inslee’s homelessness plan unlikely to pass
Top lawmakers said Thursday that Gov. Jay Inslee’s plan to use hundreds of millions of dollars from the state’s emergency budget reserve to combat Washington’s homelessness crisis was unlikely to pass the Legislature. Last month Inslee said he wants to spend more than $300 million from the state’s rainy day fund to add 2,100 shelter beds and provide other help to people without shelter. Continue reading in The Everett Herald. (Sue Misao / Herald file)

Washington lawmakers vow to let Supreme Court public-records ruling stand this legislative session
Washington’s legislative leaders said Thursday that when they meet for the 2020 legislative session, they won’t curtail the state Supreme Court’s ruling that lawmakers must disclose documents under the Public Records Act. The statements come after the court last month ruled on a lawsuit brought in 2017 by 10 news organizations — including The Seattle Times and The Associated Press — that challenged the Legislature’s self-claimed exemption. That exemption has allowed state lawmakers to withhold documents such as emails, text messages, calendars and investigative reports — even as local and state government routinely release such records. Continue reading in The Seattle Times.

Aberdeen Daily World
Poll shows homelessness is the issue Washingtonians most want the Legislature to tackle
City warns that high tides, heavy rain could mean flooding in Aberdeen on Friday

Bellingham Herald (subscription required)
4 things on the Legislature’s agenda that could affect your life or your community (Billig, Jinkins)
Forecasters are now saying Whatcom County will see 3 to 5 inches of snow
Hoping to get your Whatcom driveway or neighborhood cleared of snow? It can be tough
Taste of winter delights many Whatcom residents. But will it with sub-zero wind chills?
Here’s why three Republicans defied the president and voted to limit his power on Iran
Offshore drilling made easier with Trump’s rollback of environmental standards

News Tribune (subscription required)
Editorial: Will 2020 bring a truce in Washington’s anti-vax wars? One can hope. But don’t bet on it

New York Times
The Minimum Wage Is Rising, but These Workers Are Being Left Behind
‘Chaos Is the Point’: Russian Hackers and Trolls Grow Stealthier in 2020
U.S. Added 145,000 Jobs in December; Unemployment at 3.5%

KNKX FM
‘Problematic snow’ is in the forecast. So are fines if you don’t clear the sidewalks

KUOW FM
U.S. Job Growth Cools In December As Employers Add 145,000 Jobs
Appeals Court Allows Trump To Divert $3.6 Billion In Military Funds For Border Wall
Inslee to Boeing: the next plane gets built in Washington or you lose
We won’t build it: Seattle tech workers struggle with their ties to immigration enforcement
Is There Hope For The American Dream? What Americans Think About Income Inequality
GOP Senator Calls White House ‘Cavalier’ About The Constitution, Backs Curbs on Trump
‘We Will Surely Find Out The Truth’: Questions Linger About Jet Crash In Iran

Crosscut
Report: Washington should have built 225,600 more homes over past 15 years (Kuderer, Macri)
Across the entire state, WA voters rank homelessness as the No. 1 issue lawmakers must address

Slog
Hundreds of UW Medical Residents Plan to Call in Sick This Friday
Slog PM: What Democrats Aren’t Doing in Olympia This Year; Parasite Might Come to HBO as a Limited Series; What’s Up, Nancy? (Jinkins, Billig)
Why Are People Worried About Alex Pedersen as Transportation Chair?