WA pushes beyond clearing sexual assault evidence kits
Turned away at the hospital, all but ignored at the police station and her case ultimately dismissed despite internal injuries and evidence of drugs in her system, Seattle resident Leah Griffin felt she had nowhere to turn for justice after being raped in 2014. “When it happened to me, I was so shocked at how bad it was,” Griffin said. “Every single part of the system was broken — nothing worked.” Continue reading at Crosscut. (Matt M. McKnight) Clock ticking as Washington state lawmakers consider new drug-possession law
Like elsewhere in America, debates have percolated at the Washington Capitol over the years about shifting the response to drug use toward treatment and away from criminal punishments. But the state Supreme Court’s decision in February striking down Washington’s drug possession statute — essentially invalidating decades of felony convictions — changed the discussion overnight. Continue reading at The Seattle Times. (Ted S. Warren) 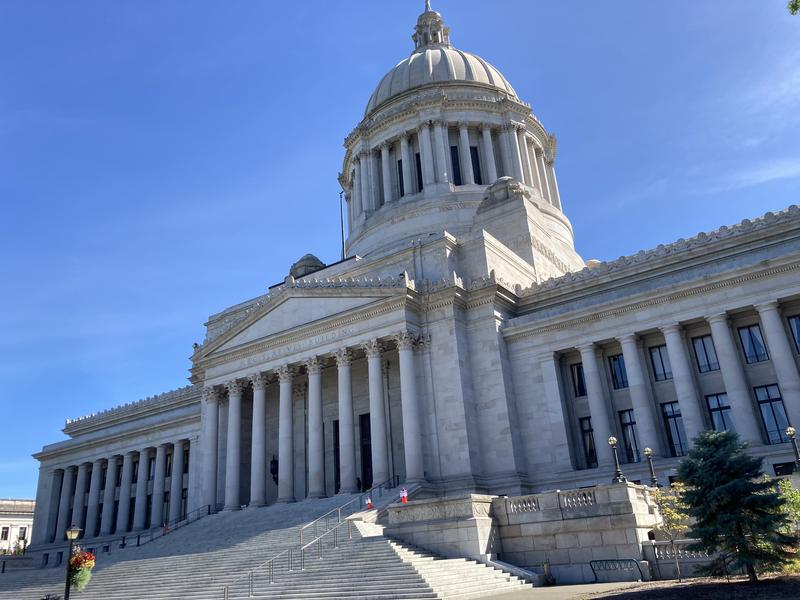 While Oregon’s Legislature Feuds, Washington Lawmakers Find A Way To Work Together
Washington and Oregon are both handily controlled by Democrats, contain many of the same persistent concerns over an urban-rural divide, and frequently take up similar legislation. So how is it that one legislature is in a state of perpetual dysfunction, and the other is, by comparison, a model of respectful bipartisanship? Continue reading at Northwest Public Broadcasting. (Austin Jenkins)

Bainbridge Island Review
How your state leaders voted (Hansen, Simmons, Rolfes)
Answer on guns staring us in the face
State of the nation could include D.C.

El Sol De Yakima (available in English via Google Translate)
People over 18 Can Get Vaccinated Saturday at Yakima Vaccination Clinic
Low-cost dental care offered at Yakima Valley College
1,200 daily vaccines will be administered at the Community Vaccination Center
The importance of the Spanish language in Yakima County, in the world

New York Times
Amazon’s Clashes With Labor: Days of Conflict and Control
Yellen Pushes for Global Minimum Tax Rate on Companies: Live Updates
No Address, No ID, and Struggling to Get Their Stimulus Checks
How White Evangelicals’ Vaccine Refusal Could Prolong the Pandemic
Inside Corporate America’s Frantic Response to the Georgia Voting Law
Amazon Illegally Fired Activist Workers, Labor Board Finds
The Supreme Court vacates ruling that Trump violated the First Amendment by blocking people on Twitter.
An Extraordinary Winning Streak for Religion at the Supreme Court

Olympian (subscription required)
A new state park, affordable housing, and more for Olympia area in state’s capital budget (Tharinger, Frockt)
Olympia Planning Commission looking for 3 new members, and they will earn a stipend
The Evergreen State College’s board extends presidential search to do more background checks
Here’s how long it may take to find a COVID-19 vaccine appointment after April 15
Olympia announces plan to clean up camps along Deschutes Parkway this week

Peninsula Daily News
WHAT WE KNOW: Coronavirus outbreak at a glance
Fourth wave coming — but so is more vaccine
Peninsula in a race against variants
EYE ON CLALLAM: Port Angeles council to consider grocery worker hazard pay

Spokesman Review
Getting There: Airway Heights could finally get a downtown as major changes to Highway 2 are considered
If Spokane has a housing crisis, why isn’t it being more urgently addressed?

KUOW FM
Older Washingtonians should get Covid vaccinations before all adults are eligible, health officials urge
Pandemic blog: Covid-19 news for the NW
Senator Murray sees light at the end of the dark Covid tunnel
Washington state is in danger of breaking its own climate laws, Inslee says

Slog
Washington State Senate Moves Toward a “Grand Bargain” on Climate and Transportation Bills (Carlyle, Hobbs, Fitzgibbon, Billig)
Guest Editorial: We Must Change the Culture of the Seattle Police Department