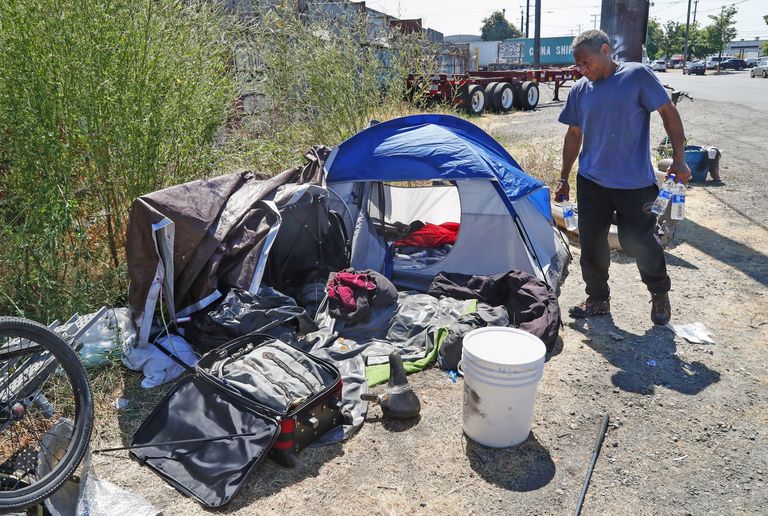 Consistently hot temperatures take toll on Seattle’s most vulnerable people
“It’s stifling,” said Maurice Lavon Jones, 51, a resident of affordable housing building Pacific Apartments in Pioneer Square operated by Plymouth Housing. Much of the low-income and public housing in Seattle is older, made of concrete or brick, and lacks air conditioning. After four days of temperatures reaching 90-plus degrees, some people who live in these buildings and outdoors are feeling the impact. They have fewer means to escape the effects of extreme heat and are more likely to have weakened immune systems. Continue reading at The Seattle Times. (Greg Gilbert)

State expands telehealth options to improve access to COVID-19 treatment
Washington residents who test positive for COVID-19 can now get a free telehealth appointment for treatment consultation, regardless of their insurance coverage. Late last week, the state Department of Health launched the new telehealth option as an expansion of the federal government’s initiative to increase access to COVID treatments. Antiviral pills authorized to treat COVID-19 — Pfizer’s Paxlovid and Merck’s molnupiravir — are available by prescription only and should be started within five days of when symptoms begin, according to the Food and Drug Administration. Continue reading at The Daily News. BP profits highest in 14 years, raking in $8.5B amid gas pump pinch
BP reported a profit of $8.5 billion for its second quarter on Tuesday, its biggest windfall in 14 years, making it the latest oil giant to cash in on higher crude prices as Russia’s war in Ukraine disrupts global energy markets. Just days earlier, the two largest U.S. oil companies ― ExxonMobil and Chevron ― reported that their profits had roughly tripled in the second quarter, while London-based Shell and France’s TotalEnergies also reported blockbuster results. The windfall comes as consumers around the world are feeling the sting of the highest inflation in decades and a cost-of-living crisis that is particularly painful at the gas pump. Continue reading at The Washington Post. (Caroline Spiezio)

Bellingham Herald
Single-use plastics now fully banned in Bellingham. These are the rules
This is how much you need to make to afford rent in Washington and Bellingham
Two years ago a Nooksack dam was destroyed. Now, where are the salmon?

Everett Herald
What we know: Washington coronavirus outbreak at a glance
Comment: FDA finally has a simple, well-timed booster plan
Comment: Fed may have no choice on higher unemployment

News Tribune
Bicycling in Tacoma can be dangerous. Here are some of the worst spots in the city

KUOW Public Radio
Monkeypox cases are doubling in Washington, but more vaccines are on the way
Monkeypox outbreak in Washington state ‘is not under control’
Covid testing company with Washington outlets is under investigation