OLYMPIA—Rep. Mike Chapman (D-Port Angeles) introduced five pieces of legislation the first week of the 2019 session, including two key bills to boost the economies of small towns and rural Washington.

“This is about creating opportunity and hope in timber and farm country,” Chapman said. “And it’s not a partisan issue. I make a point of never introducing a big bill unless there’s support from a Republican colleague in the House of Representatives, and I’m proud to say all of these bills have Republican co-sponsors.”

Here are a few details about the three bills aimed at boosting jobs in rural Washington: 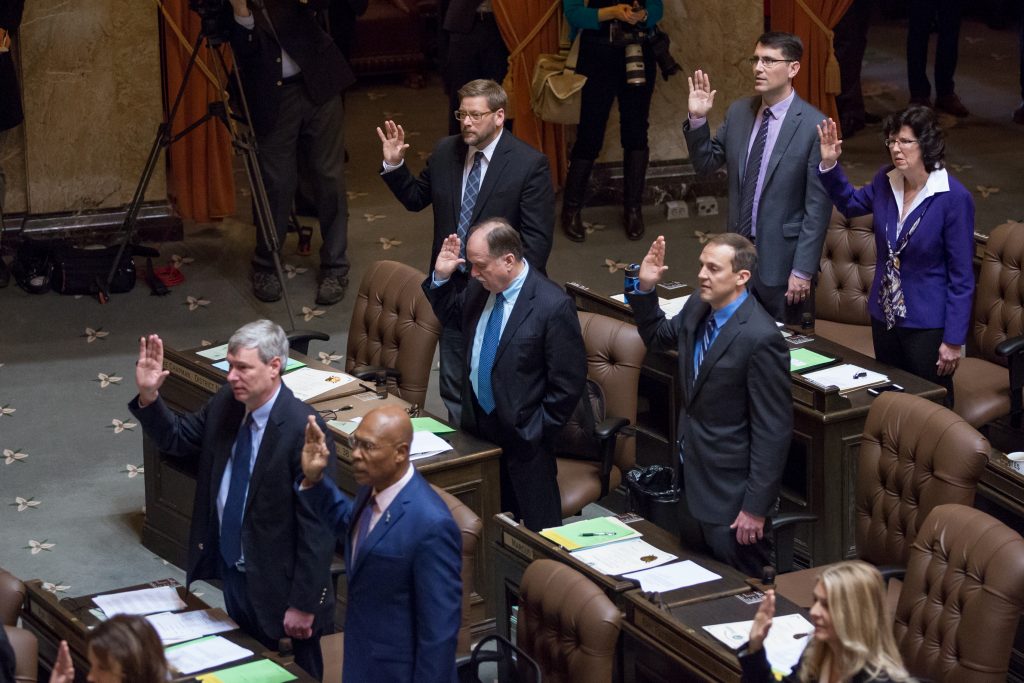 Rep. Mike Chapman (D-Port Angeles) takes the oath of office with other lawmakers on the first day of the 2019 session. Photo courtesy of LSS.Chapman was also elected to House leadership, picked by his colleague to serve as Deputy Whip.

“It’s an honor to serve my colleagues in a leadership role in my second term as a member of the House,” Chapman said. “Serving others is a foundational value to me, whether it’s fellow lawmakers, the constituents I represent or my neighbors back home. I hope this new role can help us come together, as Democrats and Republicans from every corner of the state, to find common solutions to our common problems.”