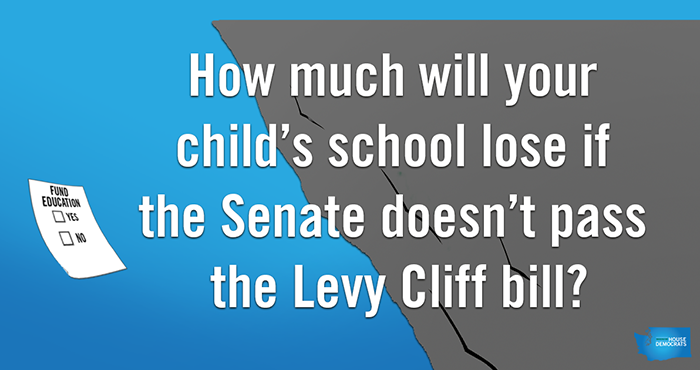 The House of Representatives voted on its first bill of the 2017 Legislative session yesterday – HB 1059. You may have heard this referred to as the “Levy Cliff” bill. In short, public schools will lose roughly $358 million in funding for the 2017-18 school year unless lawmakers act soon.

How will this impact our community? Here’s how much our schools stand to lose:

Click here for a more detailed explanation of the levy cliff bill. It’s time for the Legislature to step up and fully fund education!

Although this bill passed the House with bipartisan support, early indicators suggest that the Republican-controlled Senate will not bring the bill up for a vote. If that’s the case, teachers will receive layoff notices in the coming weeks and crowded classrooms will become even larger.

Students deserve stability in their schools. Passing this bill makes sure that school districts aren’t held hostage while the Legislature finds long-term solutions to the school funding problem.

I will urge my Senate colleagues to bring the Levy Cliff bill up for a vote. I encourage you to make your voice heard if you believe lawmakers should honor their promises to fully fund education. Washington’s 1.1 million school kids shouldn’t have their education disrupted because of partisan politics.

Thank you for allowing me to be your voice at the state capitol. Please reach out to me anytime with your questions, comments, or concerns.