We’ve passed the halfway point in the 2017 legislative session. Here’s a quick update on the bills I’m working on for our community.

The 39-year old Thurston County Courthouse is no longer meeting the needs of our community. It must be renovated or replaced soon. Unfortunately, if Thurston County voters decide to build a new courthouse, there’s a state law that’s slowing down those efforts.

Currently, state law requires the bonds used to build these kinds of facilities to be repaid within nine years. That nine-year requirement makes it nearly impossible to finance such a large project like a courthouse. It would be an enormous burden on taxpayers.

My bill, HB 1344, will allow bond levies to be repaid within 25 years instead of the current requirement of nine years. This is a much more reasonable time frame to finance a new courthouse and is a fairer process for taxpayers.

Click here to watch my brief floor speech in support of this important measure.
Watching the vote tally on my first bill to win approval by the House of Representatives.

Click here to read a story on this issue from Walker Orenstein of The News Tribune. And here’s a great piece by The Olympian Editorial Board calling for this bill to become law.

HB 1344 is scheduled for a public hearing tomorrow in the Senate Committee on Local Government at 1:30 p.m. 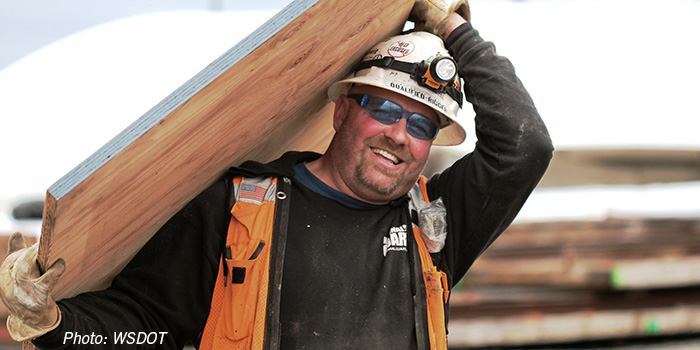 State agencies need as many tools as possible to recruit and retain high-quality employees, especially when competition for these employees is as fierce as it is today.

HB 1521 is a small bill, but an important one, for newly-hired state employees. Sometimes family and personal circumstances don’t wait until you have been in a job for six months, a standard probationary period, and this bill would allow employees to access earned vacation during those first six months.

This is a great family-friendly bill that will help us retain our valuable state employees. The bill passed the House floor and is awaiting action in the Senate State Government committee.

Retirees showed up to testify in favor of restoring well-deserved COLAs.

I had a bill that would have created a small, but important long-overdue cost-of-living adjustment for PERS 1 and TERS 1 retirees. These are our oldest Washington state retirees, and they have not received a COLA since 2011.

Unfortunately, that bill did not make it out of the House Appropriations committee, but I’m not giving up! I’m working with my colleague Rep. Norm Johnson of Yakima on ways to include these COLAs in the state operating budget.

Representative Johnson and I also submitted a joint budget proviso request to increase the PEBB Medicare-eligible retiree subsidy from $150 to $183 per retiree per month for the 2017-19 biennium.

The House of Representatives has approved HB 1843, a bill that ends the state’s reliance on local levies and fully funds public schools. Our bill will put high-quality teachers in our classrooms and give every child opportunities to learn.

We have also been looking at the most effective ways to pay for these investments and are working within our caucus to determine the plan that has the best chance to succeed. The next revenue forecast will be out soon, which will be followed by a House budget proposal that fully funds our schools, protects families, and makes our tax code more fair.

Please join me, Senator Hunt, and Representative Doglio for a town hall discussion this Saturday, March 11 at 2 p.m. at the SPSCC – Lacey Campus. We want to hear your opinions and answer your questions about the issues that are important to you.

Thank you for the opportunity to represent you at the Legislature. Please contact me any time to share your comments and ideas.