Representative Drew Hansen has represented the 23rd Legislative District (most of Kitsap County) since 2011. He chairs the Civil Rights & Judiciary Committee and also serves on the Appropriations and Postsecondary Education & Workforce Committees.

Representative Hansen is responsible for some of Washington State’s most significant legislation, including Washington’s landmark free college tuition law, which the New York Times called “a gamechanger,” and the nation’s first state-level net neutrality law, which passed with overwhelming bipartisan support. He also sponsored the New Hope Act, a bipartisan criminal justice reform bill that helps people who have spent time in prison rebuild their lives, the DREAM Act 2.0 to protect state financial aid eligibility for DACA students, and a 2017 law cracking down on illegal gun purchases, which the New York Times profiled as a national model, saying “this is how it should work everywhere.”

Rep. Hansen has won several awards for his public service, including the first-ever Legislative Partner of the Year award from the Association of College Trustees (2021), the 2021 Legislative Champion Award from the Washington Public Utility Districts Association, the 2019 Nursing Champion (Washington State Nurses Association), the 2018 Legislator of the Year (Washington Student Association), and the City Champion Award (Association of Washington Cities). He’s also the author of “The Dream: Martin Luther King, Jr., and the Speech that Inspired a Nation,” which former U.S. Rep. John Lewis called a “great contribution to the history of the movement.”

When the Legislature is not in session, Drew practices law as a partner at Susman Godfrey LLP. He lives on Bainbridge Island with his wife, Julie, and their two children. 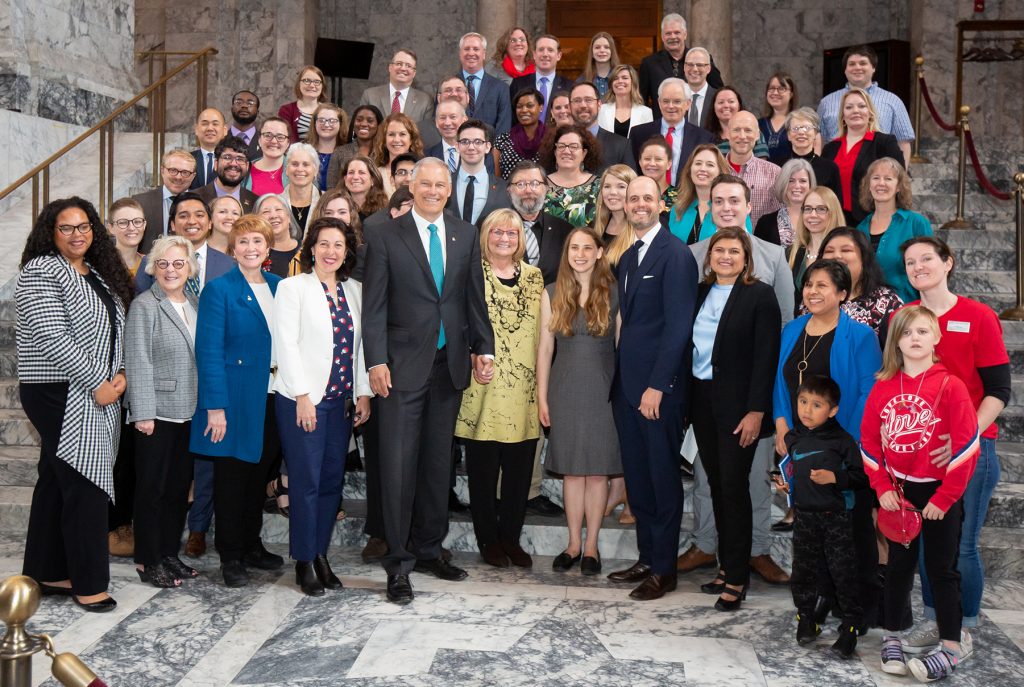