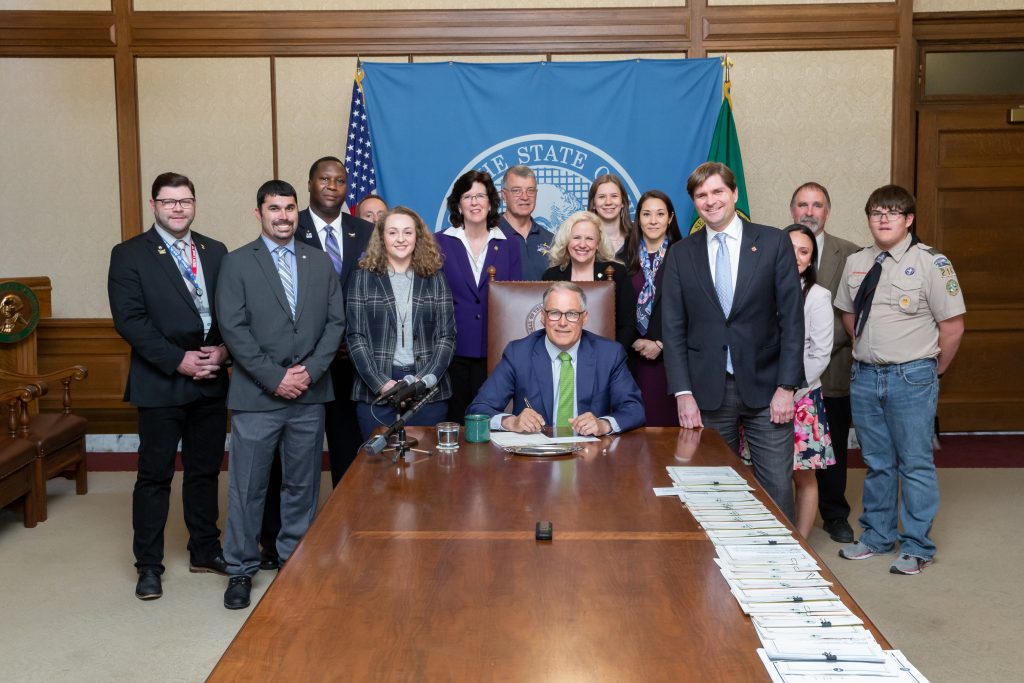 OLYMPIA – For the first time in nearly century, corporations in Washington found guilty of criminal acts will face harsher penalties after the Corporate Crime Act (House Bill 1252) was signed into law by Gov. Inslee on Tuesday, April 30.

Sponsored by Rep. Mike Pellicciotti, D-Federal Way, the Corporate Crime Act increases fines for all corporate crimes by 100 times, with most serious offenses facing up to $1 million for each crime. Prior to this legislation, a corporation could not be fined more than $10,000, no matter how serious the crime is. This is the first time the Legislature has dusted off these criminal statutes since 1925.

“It’s embarrassing that these criminal penalties have not increased since before our legislative capitol building was built,” said Pellicciotti. “Corporations should not get a slap on the wrist for committing crimes that would send a person to up to life in prison.”

“In 1925, a $10,000 penalty may have been a powerful tool in the prosecution of corporate crimes. That is simply not true anymore,” said Attorney General Bob Ferguson. “Rep. Pellicciotti’s Corporate Crime Act gives these penalties a long-overdue update, and ensures prosecutors can seek appropriate penalties when corporations commit crimes.”