The 2018 Legislative Session began with high expectations for a short 60-day session. With a new Democratic majority in the State Senate, we could pass legislation that was blocked for years, often without even a hearing during Republican control.

This year was the most fast-paced session I have experienced in seven years serving you. We passed groundbreaking legislation including: gender pay equity, the Voting Rights Act, voter registration for high school students, reproductive health care parity, a ban on Atlantic salmon net pens in Puget Sound, major investments in mental health, police accountability and a ban on gun “bump stocks.”

First and foremost I’m pleased that we provided nearly a billion dollars for our children’s education this coming school year, supporting our educators and providing urgently needed help for our school districts. This includes the important step to increase support for special education for the first time in decades.

In addition to this funding, legislation I have championed since joining the Legislature was passed: to ensure every kindergarten through second grade student will be assessed for challenges that prevent them from reading, and recognizing letters or numbers associated with dyslexia. This affects one in five students. 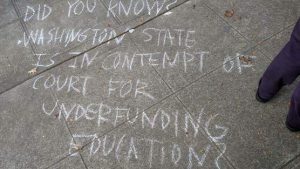 Our legislative delegation has led statewide efforts to modernize the state’s school construction formula. With Sen. Frockt, my seatmate, leading the Senate Capital Budget committee, we secured another major round of investments to address severe school overcrowding across the 46th District from North Seattle through Kenmore. For decades, school construction assistance funding has been biased against urban and fast-growing suburban districts. Lack of physical space in many of our schools prevents us from lowering class sizes, despite the State Supreme Court’s finding that our students have a constitutional right to lower class sizes.

We also provided important property tax relief for next year, which makes our tax system more fair while continuing to provide new funding for our schools.

As a member of the House Democrats’ Finance team, I spent all session working towards adoption of a capital gains tax to replace much of our recent property tax increase for our schools with a much more progressive revenue source. Our proposal would literally have reduced property taxes for millions of our state residents, while just 48,000 of the wealthiest Washingtonians would pay a much lower percent on their market investment gains than what Congress and Donald Trump just cut their taxes by. Our capital gains tax would exclude homes and retirement accounts. While we cut property taxes for next year, we have to keep working to take this major step forward on tax fairness.

Our state’s downward spiral in funding public schools and colleges began about twenty years ago when some of the world’s richest companies won loopholes to avoid taxes on their Wall Street investments and earnings. I have introduced legislation to end those loopholes to restore some fairness to Washington’s tax system, which is the most upside-down tax system in the nation.

How can we say there isn’t enough money in the biennial budget to fund schools or health care, when we do not consider if massive tax loopholes should be continued? This year, Sen. Frockt and I had companion bills to require that tax loopholes automatically expire if the Legislature doesn’t take a vote to readopt them as a “tax expenditure” in every biennial budget. An amended version of our bill moved forward to include reporting on all tax exemptions as part of the budget process. But, those loopholes and exemptions have powerful – very powerful – supporters. We’re going to stick with this.

Making College Affordable for All and Protecting Student Consumers

Increasing access to the opportunities of higher education regardless of family income or immigration status is critical to me, and this year we succeeded. As Vice Chair of the House Higher Education Committee, I helped increase funding for thousands of additional students of modest means to receive State Need Grants, Opportunity Scholarships, and College Bound scholarships. We expanded Opportunity Scholarships to community college students interested in careers in STEM; and, to graduate students pursuing public service health careers in underserved areas, including public health. I am hopeful that this will help lay the ground for free community college for all qualified students who graduate from high school in our state or whom wish to return to school to improve their careers and families’ opportunities.

The Legislature also passed my bill providing first in the nation protections for students of for-profit and on-line colleges and vocational schools. Washington state is responding to predatory and deceptive practices leading to massive student loan debt, while the Trump Administration goes in the opposite direction: gutting protection for students. The legislature also passed a bill I introduced to protect low-income students from Trump’s Education Secretary Betsy DeVos’ efforts to enable credit and debit card companies to make windfall profits from students’ financial aid.

We Still Have Work to Do

Where we fell short begins with not increasing the age to 21 to buy an assault weapon, or to bar sales of military assault weapons. Banning the sale of bump stocks was important, but not nearly enough. Organizations may decide to run a ballot initiative to respond to our inaction.

Speaking of increasing age to 21, we came very close to passing legislation to increase the age to buy cigarettes, e-cigarettes and vapor products. I will continue to work for this important public health protection, which we know will prevent the early death of 8,000 current high school students. 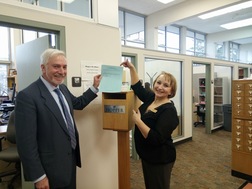 This session, we developed model legislationto ensure that the overdose reversal drug, “Narcan” or “naloxone” will be available to trained school personnel to save students’ lives.

46th District and Kenmore resident Corina Pfeil met with me before the Session to ask why we don’t ensure that the easily administered opioid overdose reversal medication is available at our high schools or college dorms? The bill passed the House 79-19 after Corina marshalled incredible testimony from parents of overdose victims, the King County Sheriff’s Office, colleges, public health, and school officials. Unfortunately, due to an electronic scheduling error, the bill did not get heard in the Senate. Sadly, the Governor’s request legislation to comprehensively address our opioid epidemic, to which we hoped to attach the overdose bill, also did not pass the Senate. Again, lives depend on the important work that remains unfinished.

There are two issues which I worked on intensively, but which remain for next year: climate change and opening up legislative records to public and media review.

I worked on legislation with Sen. Ranker, Representatives Tarleton and Doglio, and in collaboration with the Sierra Club, Climate Solutions, NW Energy Coalition, Electrical Workers and other labor unions to eliminate all fossil fuels from our electricity generation in Washington. It came very close to passing. This would actually remove more carbon from being generated in our state than the carbon tax. We can replace fossil fuels in Washington with renewables, conservation and demand management.

I was a supporter of the initiative to adopt a carbon tax, and feared that failure would embolden powerful lobbying interests and legislative opponents to block adoption of any carbon pricing bill. Indeed, the bill remained a few votes out of reach in both chambers.

I am closing this report with the most publicized legislative controversy in recent years: whether records of your legislators should be available for public and media review.

At the start of the Session, I was the prime sponsor of the bill (2886), supported by the Seattle Times, to put the Legislature fully under our Public Records Act.  I led the call to hold hearings on SB 6617 (the bill that passed to partially open some records, which the Governor vetoed). 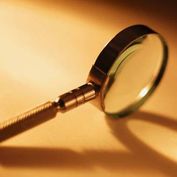 I believe nothing is more essential to holding us accountable than for constituents to know who legislators spend time with, what lobbyists and special interests ask us to do—and how we respond—and, whether legislators have engaged in sexual harassment or other workplace misconduct.

When news reporters submitted public records requests for all legislators’ calendars last year, I was the first—and one of just three—to voluntarily disclose. You can now view my calendar for the session at my legislative website without having to submit a records request, or you can click one of the links below.

The Legislature, Governor, and major news media agreed to hold an open process to develop legislation next year to determine what records of legislators are public and how they are released. I expect to play a significant role for openness in that process. 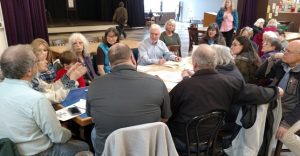 My commitment to you is to be the most accessible Representative possible. Because I know that you can’t be in Olympia, I return to the District to hold my “Traveling Town Halls” every weekend during session. These are drop-in discussion times from 10 AM -12 PM at different locations around the 46th District on every Saturday that I am not working in Olympia. Whether you want to urge me to vote for or against a bill, want to share your perspective on issues such as public schools, or want to talk about national or local issues, please join me. My next Traveling Town Hall will be:

After session, I hold these drop-in discussion times once a month. Look for more dates on my website.