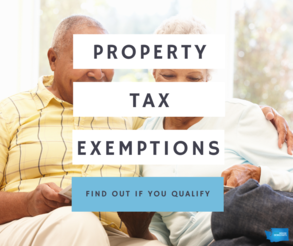 Property tax exemptions for seniors and people with disabilities

People with disabilities and seniors should be able to age in place without fear of displacement from rising property taxes. Last year, we passed legislation (House Bill 1181) to increase the eligibility for property tax exemptions, which was incorporated into last year’s budget. With this new law, people with disabilities and seniors on fixed incomes are now eligible for property tax exemptions if their annual income meets the threshold.

Find out if you qualify.

Nikki Kuhnhausen, a transgender Vancouver teen, vanished last summer and her remains were found in December. She was one of at least 24 known transgender or non-binary persons killed across the nation in 2019.

Police reports indicate that transphobia could be behind Nikki’s murder, which is an unquestionable reminder that passage of House Bill 1687 is necessary. The legislation, which was introduced last year by now-Senator Derek Stanford, would ban the use of what is known as “gay panic” or “trans panic” defense in our state. The House passed the bill on a nearly unanimous vote of 90-5, and is now under consideration in the Senate.

This tragedy touched many of us deeply, and I would like to share with you the heartfelt floor remarks delivered by my colleague, Rep. Sharon Wylie, on final passage.

Gay and transgender panic defenses have been used in criminal trials throughout the U.S. for decades. These are cases where defendants have argued that their violent behavior was a rational response to discovering that the victim was LGBT. When successful, these defenses have resulted in murder charges being reduced to manslaughter or another lesser offense. This is unacceptable. It is never OK to hurt—much less murder—someone because of their gender, gender identity, gender expression, or sexual orientation.

An Update on My Election Security & Outreach Legislation

As you may know, I have two significant bills relating to Washington’s elections systems still moving through the legislative process this session. The first, House Bill 1251, would help protect our state’s elections from cyber attacks and prepare local and state officials for the possibility of election interference. Last week, the Senate Committee on State Government, Tribal Relations & Elections voted the bill out unanimously with the amendment that voting systems must pass a vulnerability test before being utilized in Washington elections.The bill is now in the Senate Rules Committee, waiting to be pulled to the floor for consideration.

The second, House Bill 2421, would require the Office of the Secretary of State to reimburse local elections offices for the costs of conducting state and federal elections. The bill would also require county auditors and elections directors to conduct local voter education and outreach. After being voted out of the House with strong, bipartisan support, the bill is scheduled for a hearing later today in the Senate Committee on Ways & Means. 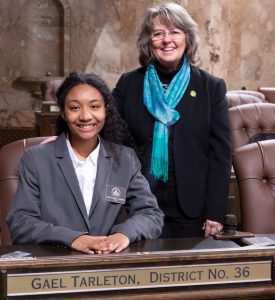 Thank you to our 36th District Legislative Page, Farah!

Thank you to Farah Lindsey-Almadani, a young woman from the 36th District who served as a legislative page in the House last week. Farah served as a Senate page last session, and enjoyed the experience so much, she came back to serve in the House! She attends The Downtown School in Seattle.

The Page Program is a great opportunity for 14-, 15-, and 16-year-olds to learn how our state government works, and gain hands-on experience with the ins and outs of the legislative process.

If this is something your teen might be interested in for next session, go to the Page Program website to learn more, fill out an application, and get information on how to apply for the Gina Grant Bull Scholarship. 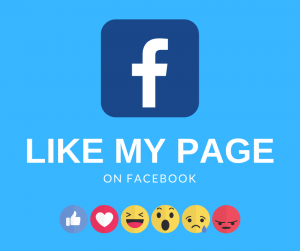 Next week’s e-newsletter will include information on the supplemental operating, capital, and transportation budgets. Stay tuned!