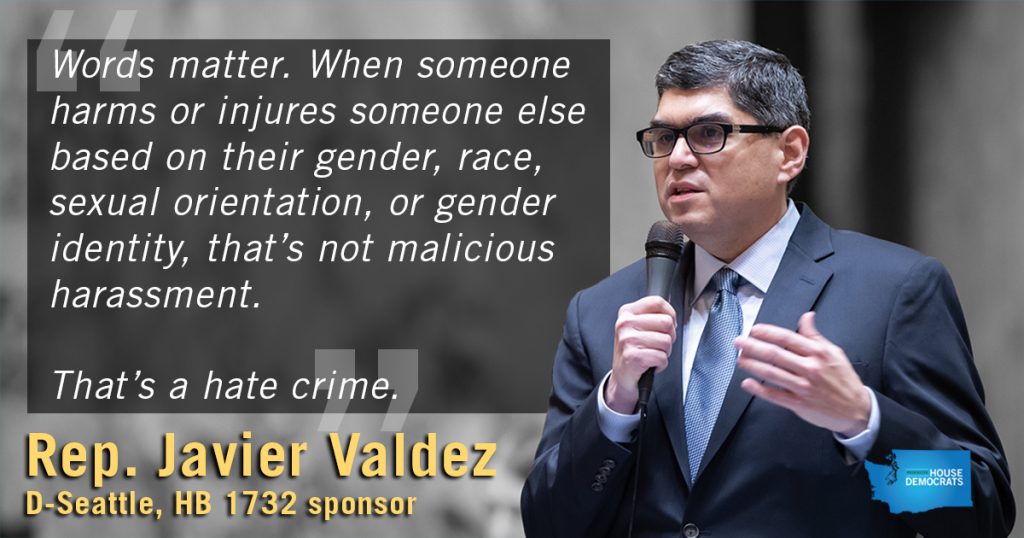 OLYMPIA – The Washington State House of Representatives approved a bill that would strengthen Washington’s hate crimes statutes by a vote of 85-12 on Thursday.

Under current law, crimes motivated by hate are prosecuted as “Malicious Harassment.” HB 1732, sponsored by Rep. Javier Valdez, D-Seattle, would more clearly call out these offenses for what they are by renaming the violations “Hate Crime Offenses” in state law.

The legislation adds “gender identity or expression” to the list of protected categories. HB 1732 also increases the maximum civil liability for those guilty of committing hate crimes from $10,000 to $100,000.

The number of reported hate crimes has been on the rise in recent years.

HB 1732 will now go to the Senate for consideration. The 2019 legislative session is scheduled to adjourn for the year on April 28.