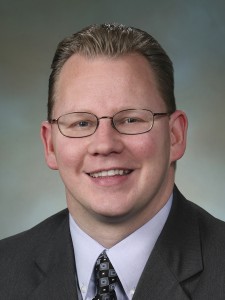 Washington State was informed today that the U.S. Department of Education has revoked our No Child Left Behind waiver. Under the terms of the revocation, Washington State will not lose resources; rather, we will lose some flexibility on how to use $40 million of the approximately $12 billion we spend in our K-12 schools per year (that’s 0.3% – three tenths of one percent).

Below is a statement from Rep. Chris Reykdal of Tumwater regarding the waiver loss:

As a legislator who voted for our state’s robust home-grown teacher-principal evaluation system and one of the authors of our state’s new rigorous 24-credit graduation framework, I am disappointed in the federal government’s decision to repeal our waiver.

This is a tremendous moment in our nation’s history where a state that strongly supported the President in 2008 and again in 2012 soundly rejected the federal government’s demands to structure our teacher-principal evaluation system to the specific criteria established by the U.S. Dept. of Education.

My message to President Obama and Secretary Duncan is that Washington State is committed to education reform that is collaborative, bipartisan, and focused on student success and teacher growth. Our legislative decision to reject the federal government’s demands was done with substantial deliberation and a deep respect for state and local control.

The bipartisan rejection of this federal government demand during the 2014 legislative session is a strong and unifying message that our state fully embraces our constitutional 10th Amendment guarantee to develop, fund, and administer our state’s education system as the citizens of the state of Washington and their elected representatives determine, not as federal officials deem it appropriate.

Washington State has one of the leading K-12 systems in the United States. With 89% of our adult population having earned a high school diploma or greater, we are a national leader in student success, employment growth, and earnings.

I strongly encourage federal officials to use this moment in history to model Washington State’s success instead of using us as an example of federal government power and leverage. I challenge the federal government to turn a corner on education reform, fix the deeply-flawed and failed No Child Left Behind Act, and get back to empowering the states instead of coercing them.

No Child Left Behind is a failed policy of the Bush administration that focuses on student failure and school punishment. This is no way to run a public education system. Enacting bad policy at the state level as a result of bad policy at the federal level will not help schools – and certainly won’t help students – be successful.