President Trump’s executive order that restricted all refugees and immigrants from seven predominantly Muslim countries was a shock. As the granddaughter of Holocaust refugees, and a member of a religious minority, I was outraged by this un-American action.

I was heartened, however, by the massive public protests at airports across the country and the condemnation of the order from legal scholars. 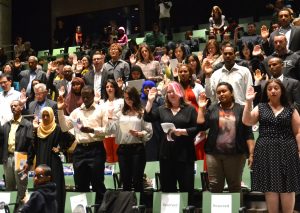 And what a thrill that Washington State successfully sued the federal government for a temporary halt on the ban! Thank you Attorney General Ferguson for your swift action!

In Washington state, and in our district, we enjoy world-renowned businesses that employ a workforce that thrives from the presence of immigrants from around the world. They contribute to our state’s economy–in technology, agriculture, education, medicine—culture and community. While we all share in the desire to protect the country from its enemies, well-vetted immigrants and refugees fleeing war-torn and dangerous parts of the world aren’t a threat.

In the upcoming days and weeks I will be working with my colleagues to find ways that the state legislature can address this issue and make sure we are standing up for our core American values. 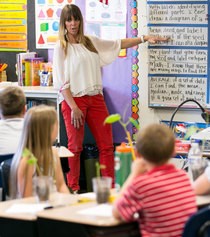 On Monday, the House Appropriations Committee considered both the House and Senate Democrat’s plan to fully fund education and the Senate Republican’s plan. The public hearing is available on TVW.

While the complex layers of the proposal are being unwrapped, there are some elements that will clearly be concerning to parents, students, teachers, and taxpayers.

Here are just a few of the problems with the Senate Republican plan:

While I’m glad they put something on the table, the Senate Republican proposal is bad for students.

The business of childcare 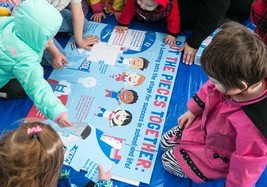 Washington State has been a leader in supporting investments in quality early learning. And by 2020, the state must provide early learning, or Early Childhood Education and Assistance Program (ECEAP), to low-income kids across the state. To meet this demand, we will need to increase the number and geographic spread of providers. Many childcare businesses are run by people who truly care about children and providing a quality early learning experience. However, many do not have the skills or experience to run their small business. When childcare providers have to close or downsize, the children are the ones who truly suffer.

I hope everyone enjoyed their snow days! I’ll be sending more updates soon, but in the meantime feel free to reach out if you have any thoughts, questions, or comments!