This week was House of Origin Cutoff week, which is the deadline for bills that started in the House of Representatives to be voted out. I was pleased that 10 bills I was the primary sponsor on made it over to be considered in the Senate.

For the past four years, I sponsored Breakfast After the Bell to expand breakfast in school programs across the state. This year, I worked with my colleagues in the House to develop HB 1508, the Washington Kids Ready to Learn Act, which was passed out of the House this week with broad bipartisan support (90-8). HB 1508 initially combined Breakfast After the Bell with other proposals to increase childhood food security, including eliminating school lunch co-pays, promoting farm-to-school programs, and reducing high school dropouts through farm engagement projects. 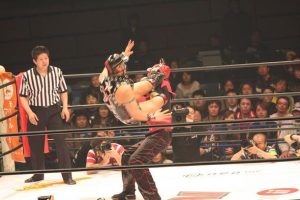 For the past few years I have worked with local business owners and the Department of Licensing to right-size the regulations for theatrical wrestling and lucha libre shows. HB 1420, which was recently profiled by the Seattle Globalist, is this year’s attempt to regulate these activities as the combination art form and sport that they are, rather than as a more combative and dangerous sport like boxing. It’s a great bill for small businesses, the performing arts community, and latino groups, which is why it has broad bipartisan support. As a reminder, this bill idea came from a local South Park resident.

To refresh your memory, without extending the levy cliff, school districts across the state face the prospect of painful cuts as they build their budgets for the 2017-18 school year. Washington schools stand to lose nearly $500 million without this bill – including over $12 million in Highline, $19 million in Kent, and $9 million in Renton. This interactive map shows how much each school district would lose in the 2017-18 school year if the levy cliff were not extended.