Where we stand on education funding in the budget

When I came to Olympia, I made it clear that my top priority is fully funding education. That’s why you sent me here and that’s why I am not leaving until the job is done.

Despite both chambers submitting education funding plans and budgets, there is no compromise deal yet. The Senate is proposing new property taxes to fund their budget and the House is proposing a variety of changes to clean up the tax code and ask the wealthiest in the state to chip in a bit more. Neither side has support for their plan in the opposite chamber, so budget negotiators on both sides must sit down and strike a deal. 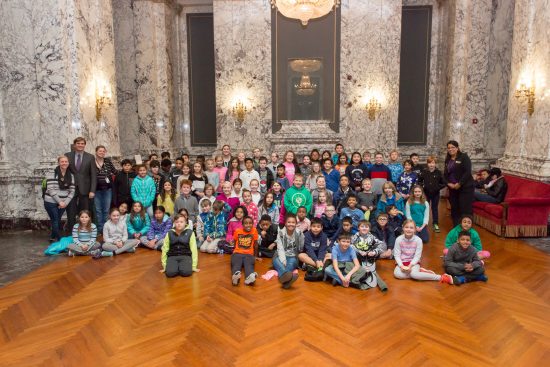 As a working mom, I think about the education my children will receive. Like you, I want the best for my kids and it’s up to lawmakers in Olympia to make that happen. The legislative session ends this week and since there is no final budget deal, a special session is necessary to finish our work.

I’m not leaving until there’s a final budget that meets our constitutional obligation to fund our schools. Our kids deserve our best effort and, while I’m disappointed budget negotiators haven’t come to a solution yet, I’m going to keep fighting.

Like so many of you, the sticker shock of the new ST3 car tab taxes made me ask, “What can we do to address this issue?” In fact, that’s one of the top questions I’ve heard from constituents the last few months. First, the House passed a bill sponsored by my seatmate, Rep. Mike Pellicciotti. His bill, HB 2201, credits drivers for the unfair amount in taxes assessed under the old valuation schedule that is the cause for these higher than expected car tabs. This proposal has bipartisan support because it fixes the issue without gutting the voter-approved ST3 projects, like projects starting here in Federal Way, creating jobs and keeping Sound Transit’s promise to expand transit options in our community. Some of the other proposals from the Senate would have overturned those projects and had no bipartisan support.

I shared with you my bill, HB 2148, which establishes a rebate program to put real money back into pockets of working families who need it the most. I’m happy to report that bill has had a hearing in the Transportation committee. I testified and told lawmakers that these unfair taxes burden those who have to choose between registering their car or gas to get to work, food on the table, or medicine. My hope is that my bill becomes law to help those who need it most. 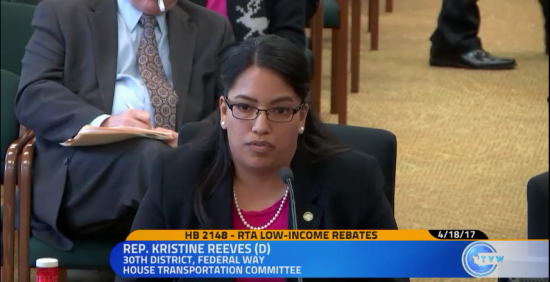 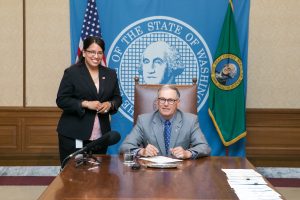 For the family members of Armed Forces members who die as a result of service to their country, the state and federal government offer benefits to help. One such state benefit is the Gold Star license plate, which is free of charge for one vehicle to the widow or widower. Unfortunately, there are those who would prey on these surviving spouses for financial gain.

That’s why I am proud to be there when Governor Inslee signed my bill, HB 1320, which allows Gold Star widows or widowers to receive a standard Washington state license plate free of charge for one vehicle. That will protect their Gold Star status from public view.