It’s that time of year again when students and their families begin prepping for the upcoming school year. It’s hard to believe summer is coming to a close already.

Back-to-school can feel a lot like the turning of the New Year. I hope you share my optimism and hope about the educational possibilities that lie ahead.

With all that’s happening in our nation every day, it’s even more important than ever that young people learn about what constitutes scientific evidence, how to analyze assertions with critical thinking skills and have experiences understanding how people different from them are experiencing the world.

Whether you are just starting out, or about to graduate, I want to wish our students all the best as they begin their 2017-2018 academic year.

With that in mind, I’d like to address an important ‘back-to-school’ issue in this newsletter.

Last week the News Tribune printed a story I’m sure many of you read.

That story was about disagreements from various public sources over the amount of money certain school districts will receive.

The Tacoma Public Schools said in a recent statement, “Due to multiple funding formula changes, new mandates for how school districts can spend state monies and elimination of flexibility for spending local voter-approved levies, Tacoma will receive less money per student in education funding beginning in 2018. The effects of this lost funding will compound year after year.”

Tacoma is not the only district that has expressed concerns over the way the new funding formulas will affect their operations. 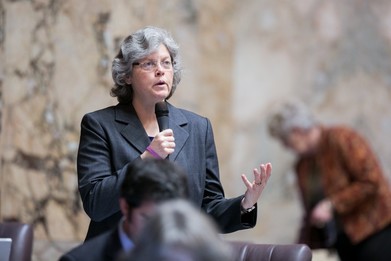 Over the next four years, Washington state will invest $7.3 billion in additional state dollars in public schools to fund the state’s program of basic education for 1.1 million children. More than half of the state’s operating budget is now dedicated to K-12 public schools. This is a historic increase in funding.

However, the taxes we adopted to fund education are complicated. There are certainly going to be challenging issues implementing such a big policy change in our state. I am working with members and staff to understand the impacts on Tacoma so I will be prepared to address them when we return to Olympia in January. I hope any problems are minor and can be worked out easily.

There will always be work to do when it comes to improving our public schools and it must be focused on addressing the needs of our kids first.

As a lawmaker and mother of a son attending our public schools, I know this issue affects all of us. When the House and Senate go back to work next session, I hope we can work together to find solutions.

97 years ago, on August 18th, Tennessee became the 36th state to ratify the 19th amendment to the constitution which guaranteed no person would be denied the right to vote on basis of sex.

However, it wasn’t until August 26th when Secretary of State Bainbridge Colby signed the certified record of the Tennessee vote that the amendment was officially made part of our Constitution. 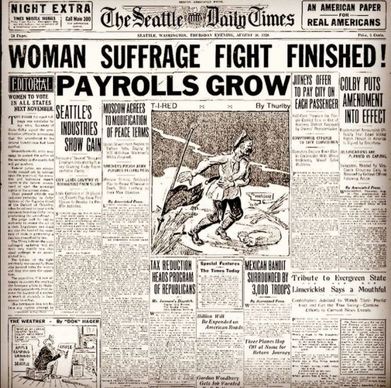 In 1973, Congress approved a resolution stating August 26th would be designated as Women’s Equality Day. Congress stated that “the President is authorized and requested to issue a proclamation in commemoration of that day in 1920 on which the women of America were first guaranteed the right to vote.”

Every President since then (Nixon through Obama) has issued proclamations designating August 26th as Women’s Equality Day.

I hope you have a happy, active, and thoughtful Women’s Equality Day this year!