Move Ahead WA is a transformational 16-year package that creates a sustainable, achievable future for our transportation sector. House Democrats hosted over 90 listening sessions to hear the top transportation priorities from communities across the state. This package addresses the concerns we heard and reflects our focus on meeting the needs of every community in Washington.

Move Ahead WA is a commitment to our values and a promise to put the people of WA first. It’s a future-oriented proposal that addresses the realities people face today while investing in WA communities for tomorrow and beyond.

Our package does all this without raising the gas tax. 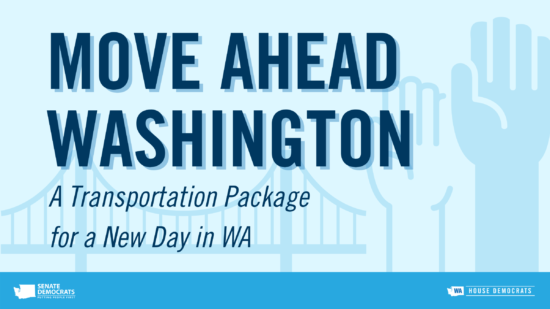 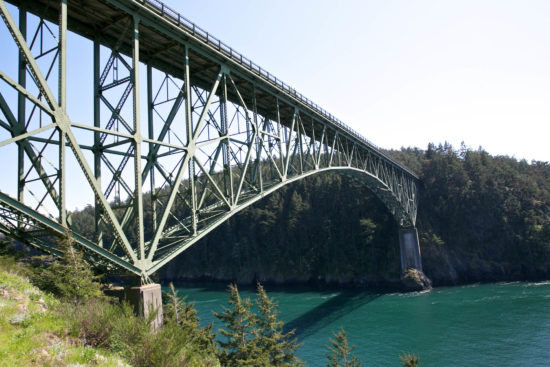 Preservation and maintenance have been underfunded in the past, leaving bridges, roads, sidewalks, and ferries to deteriorate. Move Ahead Washington recognizes the importance of fixing our existing infrastructure before expanding capacity in our already strained system.

Our package invests an unprecedented $3 billion for preservation and maintenance.

These dollars keep people safe and address issues in our infrastructure before they become dangerous. We’re also reducing costly wear and tear on people’s cars and creating family-wage construction jobs to repair roads, bridges, and more. 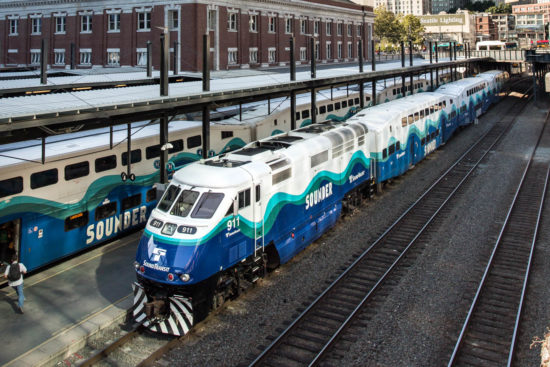 Move Ahead WA includes an historic $3 billion to increase reliable transit service across the state. Expanding transit gives more people an affordable option to move around their community, in addition to reducing traffic and pollution.

Our transit investment includes $1.45 billion in grants to support people whose needs aren’t met by our main transit system. This includes tribal transit grants, as well as funds to help seniors, children, and people with disabilities safely reach their destinations. 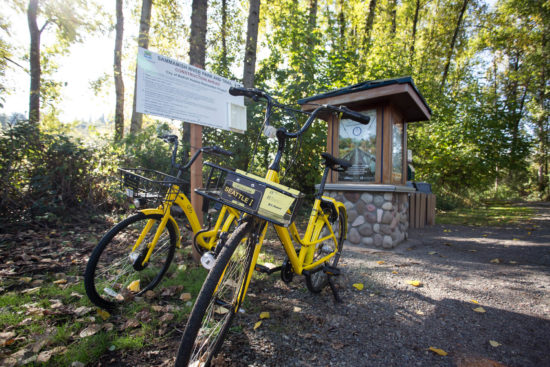 Washingtonians deserve convenient, accessible transportation options so we can use what works best for us without increasing carbon emissions. Move Ahead WA puts $1.2 billion toward expanding active transportation, which includes green, healthy options like walking, biking, and skating. By funding walking, biking, and trail projects, our package fights to preserve the well-being of both people and the planet. 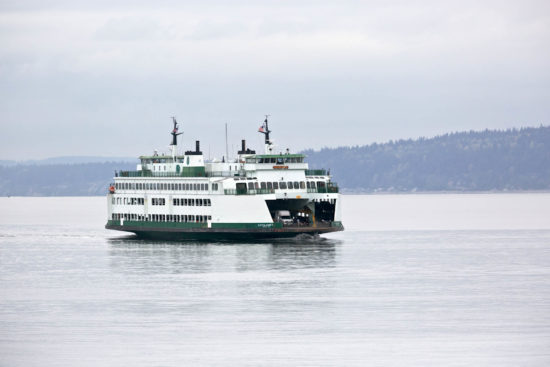 Move Ahead WA invests $1.6 billion to improve our ferry system. We heard loud and clear from many communities that we need continued work on ferry operations so people can get to their jobs, attend medical appointments, and explore the beautiful Pacific Northwest. Highlights from our investments in ferries include:

The package also supports hiring, outreach, and apprenticeship programs to expand and diversify the ferry workforce. 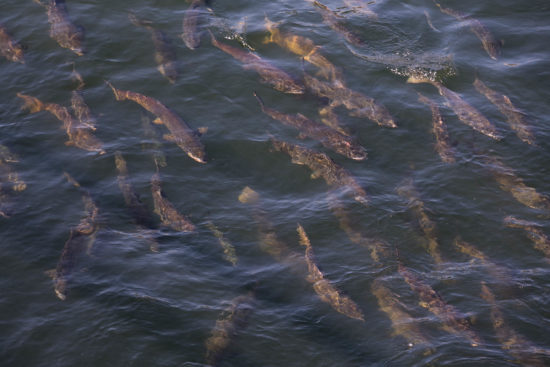 Replacing deteriorating culverts is a critical part of salmon recovery and fulfilling our responsibility to care for our environment. Move Ahead WA allocates $2.4 billion to replace fish passage culverts, helping reduce flood risks, mitigate emergency costs, and create local jobs. Above all, replacing damaged culverts ensures that salmon have an uninhibited path to swim upstream to their traditional spawning grounds. 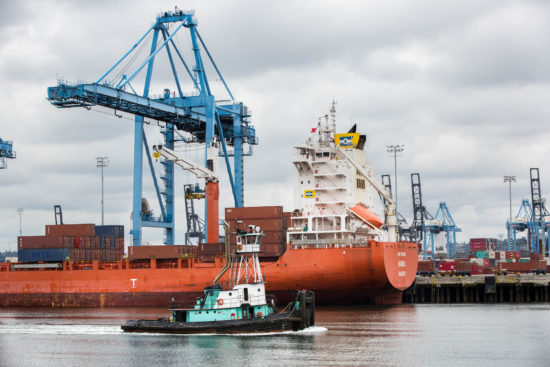 Boosting the economy with freight projects

Freight connections are vital to strengthening Washington’s economic vitality. Our package makes significant investments to complete projects that will keep our ports connected and advance economic development across the state. These include key funding for the Gateway Project and improvements to SR 520, I-405, and SR 18. 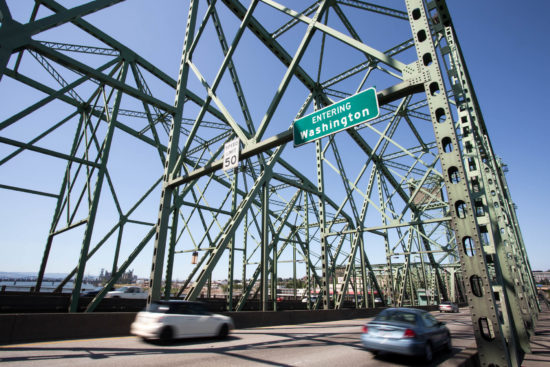 The Interstate Bridge is a vital roadway connecting Washington to our neighbors in Oregon. We need to replace this aging bridge to safely keep our economy thriving and continue serving the northwest region. This project is a big undertaking, which is why Move Ahead WA invests $1 billion to replace Washington’s portion of the Interstate Bridge. 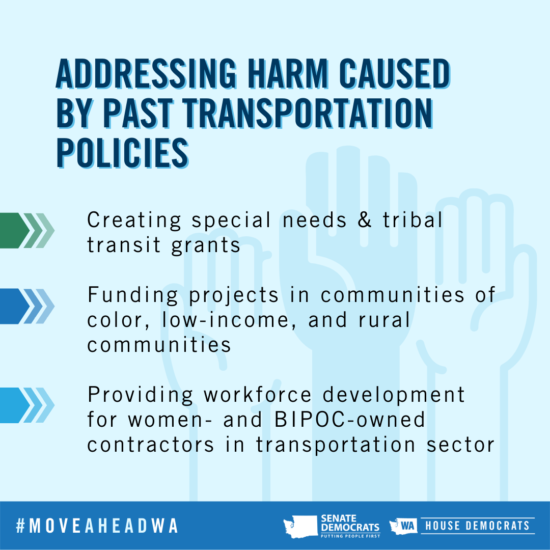 In developing this package, House Democrats conducted over 90 listening sessions in every corner of Washington. We had conversations with many people who had never been included in transportation policy development.

Move Ahead Washington re-prioritizes disinvested neighborhoods and renews our moral obligation to address harm we’ve caused. In addition to numerous projects and priorities that uphold these values, the package also directs 35% of Climate Commitment Act funds into programs serving communities of color and low-income communities. 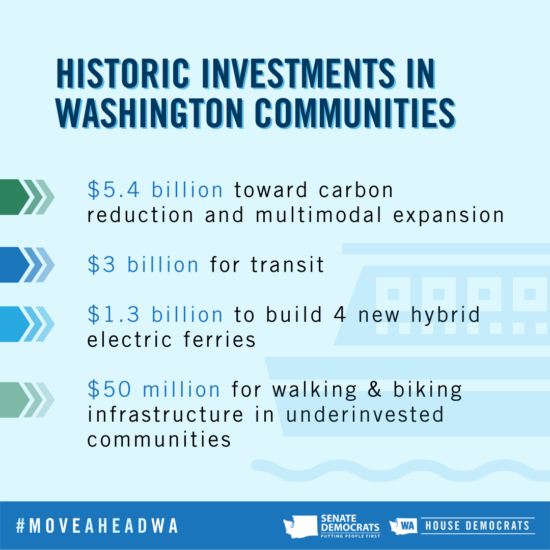 How do we fund this transformative package?

Our package is funded through one-time transfers from the state’s general fund and Public Works Assistance Account, federal dollars from the Infrastructure and Jobs Act, and investments from the Climate Commitment Act.

Move Ahead WA does not include a gas tax. This is a people-oriented proposal that doesn’t pass costs onto working families. Especially after the economic hardships of the pandemic, it was important that we fund these investments without an immediate gas tax.