Crime, climate, abortion on docket in legislative session warm-up
State lawmakers return to the Capitol this week for hearings on a wide range of issues they expect to debate in the 2023 session. And for the first time in three years, nearly all of them will be conducted in-person with an option for the public to participate remotely. The annual assemblage is known as Committee Days. As the name implies, each House and Senate committee, plus panels with members from both chambers, gather to learn what has occurred since the last session and what lies in the next that begins Jan. 9. “It’s like our professional development days.” said Rep. Lillian Ortiz-Self, D-Mukilteo. “We need to get the most up-to-date information on those subjects members are interested in and more than likely going to be diving into in the next session or two.” Crime rates, carbon pricing, abortion access and affordable housing are among topics for discussion. So too are staffing challenges for Washington State Ferries and early learning centers. And there will be updates on drought, wildfires and building of behavioral health facilities. In all, 39 hearings are planned from Tuesday through Friday. Continue reading at Everett Herald. (Ted S. Warren)

Washington House Democrats elect leadership team for 2023 session
Tacoma Democrat Laurie Jinkins was re-elected for a third time to her position as Speaker of the Washington state House during a caucus reorganization meeting on Monday. House Democrats elected seven leaders during the meeting, including Rep. Joe Fitzgibbon of West Seattle, who will replace Rep. Pat Sullivan as House Majority Leader. Twelve new caucus members also were welcomed to the House Democrats, who managed to hold onto their majority status after the Nov. 8 general election. The Democrats now hold 58 out of the 98 seats. “The people of Washington have again chosen Democrats to lead in our state Legislature, and our caucus is ready to get to work on their behalf,” said Jinkins in a press release. “I want to thank my colleagues for their continued trust and confidence in me. More than ever, our caucus is reflective of the many diverse communities that make up this great state, and that ultimately makes the work we do better.” Continue reading at The Olympian. (Ted S. Warren) 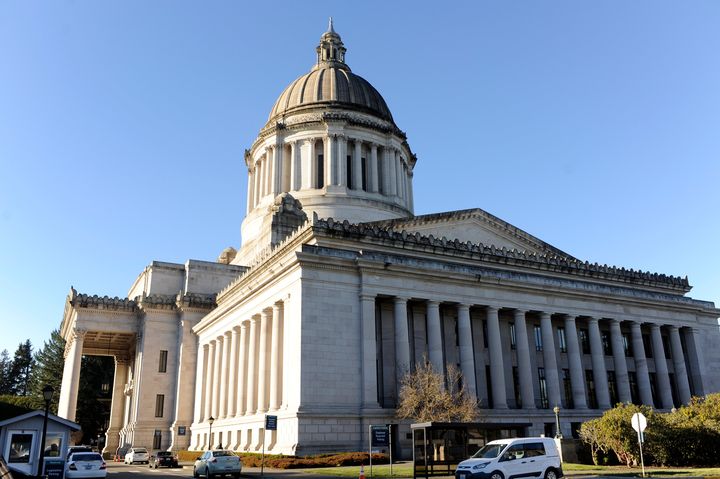 State sees increase in revenue forecast but legislators will likely disagree on how to spend it
Ahead of the next Legislature’s budget writing year, Washington’s tax collections are again higher than expected. Despite concerns that revenues were slowing with a possible recession, the state revenue projections for the budget cycle ending in 2023 has increased by nearly $762 million, according to the Washington State Economic and Revenue Forecast Council. The Legislature will come back in 2023 and write a budget for the next two years. This forecast suggests they’ll have about $66.2 billion to work with. The last two-year operating budget, which was written in 2021, spent nearly $59 billion plus federal COVID-19 relief funding. As revenue grew even more for the state, the budget grew, too, giving legislators more than $5 billion to adjust the budget the following session. Now, legislators will again have about $4.5 billion more than last year to spend. Continue reading at The Spokesman Review. (Jesse Tinsley)

Bellingham Herald
Snowing in Bellingham These are the main roads the city plows
This mixed-use affordable housing project on its way to Bellingham waterfront
Here’s when freezing temperatures, light snow may arrive in Whatcom County