Why I march on MLK Day in Seattle
It’s a moving sight. Thousands of people, stretching block after block in Seattle’s Central District, of all backgrounds and ages, marching in the spirit of racial solidarity and the unfinished work of Martin Luther King Jr. Seattle’s MLK march — now in its 38th year — challenges us to answer the call to make the national holiday a “day on, not a day off.” Not a day for shopping or TV binges, but a day to reflect and act. Continue reading at The Seattle Times. (Steve Ringman / The Seattle Times, file) 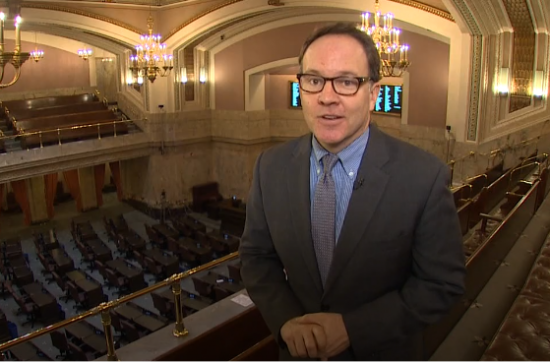 10 bills to watch in the 2020 Washington Legislative session
The Washington state legislature starts this week, and lawmakers have already gotten a head start on new legislation. Democrats and Republicans both plan on introducing healthcare, gun control, and other hot topic legislation as the 2020 presidential election looms. While it’s still too early to say what will thrive and what will die when lawmakers dip their feet into the paper pool, here are a few bills to keep an eye on this legislative session. Continue reading at King5 News.

Chinook Observer
How did my state lawmakers vote in Olympia? (Jinkins, Chopp, Takko)

Columbian
Washington workers adjusting to life at $13.50
In Our View: Immigrant population valuable to Washington
In Our View: Cheers & Jeers: School upgrades good, power cuts not so much
In Our View: Easing ban on dog breeds nothing to sniff at

News Tribune (subscription required)
Should breakfast be served in classrooms? Some Tacoma schools have started

Seattle Times (subscription required)
Ishisaka: ‘Change might be more possible than we realize’: Why I march on MLK Day in Seattle
As smaller Washington cities grapple with homelessness, Republicans take up the issue in the state Legislature (Macri, Kuderer)
Spendy dinners and $79 haircuts: Tim Eyman isn’t living like someone who’s bankrupt, AG says
Washington may mandate ‘comprehensive’ sex education for all public schools. What does that mean?
Here’s what’s open, closed on Martin Luther King Jr. Day
‘We were before our time’: Remembering the fight to change King County’s namesake from a slave owner to a civil-rights leader
Commentary: Online dating has enough problems without adding fake AI-generated people
Stateline: Electric cars: an asset to states’ power grids, or a liability?
As insulin prices soar, Washington lawmakers weigh price caps and importing drugs from Canada (Keiser)

Wenatchee World
Apartment complex with 455 units proposed for Wenatchee’s riverfront
Washington may mandate ‘comprehensive’ sex education for all public schools. What does that mean, and other FAQs.
As smaller Washington cities grapple with homelessness, Republicans take up the issue in the state Legislature (Macri)
Inslee moves to permanently ban flavored vaping products (Saldaña)
Groups poised to sue Yakima County over alleged violations of Voting Rights Act

Yakima Herald Republic
Will you be my sub? State-backed child care substitute pool aims to support providers in Yakima, beyond
Editorial: New overtime rules must change to become less of a burden to rural Washington

Crosscut
How this ‘preacher of the arts’ plans to save Cornish College
Iranian in America: Immigrants share their hopes, fears and frustrations