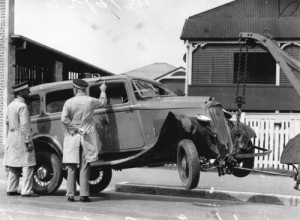 Citizens are being slammed with charges upward of $2,000 to spring their towed vehicles from an impound lot, according to state Rep. Gerry Pollet.

“Our state must implement reasonable safeguards protecting people from predatory-towing practices,” emphasized Pollet. He said he’ll re-introduce legislation in the upcoming session “to shield every Washington resident from having to go through this nightmarish ordeal and financial hit.”

Pollet very nearly won full legislative support in the 2012 session for House Bill 2372, a measure that would have:

Pollet’s 2012 legislation cleared the House of Representatives in February, but stalled in the Senate when the final gavel fell in the spring. As soon as the 2013 session convenes at noon on Monday, Jan. 14, he’ll hit the ground running with new legislation establishing common-sense standards.

“It’s simply and unacceptably outrageous that some towing companies are charging folks more to recover their car that was parked in the wrong place than what a criminal is fined for a misdemeanor,” he said.

“Parking your car in the wrong place for some fairly brief period of time is hardly what any reasonable person would call a serious offense. Frankly, it’s time for our state laws in this area to get real.

“Towing-industry representatives with whom I’ve talked agreed to support a law that would have allowed the city of Seattle to adopt an ordinance with a fee cap very similar to what the city eventually adopted.

“I hope to facilitate the reaching of an agreement on language on the part of the city and industry.

He said towing operators with a responsible track record shouldn’t be punished “and fewer people will lose their car when they are towed because towing companies can sell impounded vehicles if they are held more than 15 days.”