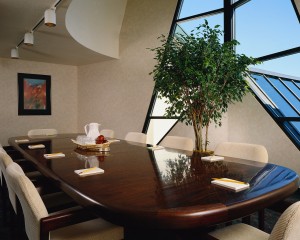 State Rep. Gerry Pollet is prime-sponsoring legislation which would guarantee for the first time that the public can comment at local-government and state-government meetings before councils or agencies take their votes.

Pollet’s House Bill 1197 emphasizes that public comments must be allowed before all governmental entities, including local bodies, can vote to enact any new rules and regulations.

“Public trust and accountability are undermined if the public does not get to comment before public officials take their votes,” said Pollet, explaining his motivation for introducing the measure.  “The public-comment time should be provided at a prior meeting or at the beginning of any meeting when the public officials who are responsible for voting on the issue are indeed planning any final action on that issue.”

A second Pollet measure, House Bill 1198, would ensure that elected officials are trained on their responsibilities under the state’s Open Public Meetings Act and the state’s Public Records Act. Pollet pointed out that Bob Ferguson, the new Washington State Attorney General, supports the bill, which calls on Ferguson’s office to establish the training program.

“The training would ensure that public officials know why they meet in public and don’t conduct public business behind closed doors, and what the public’s rights are to review public records,” Pollet said. “All public officials should have a basic understanding of our fundamental open-government laws.”

Pollet also pointed to the significant cost-savings for local and state governments that could be realized through simple, on-line training.

“This would help prevent very costly legal fights when public officials mistakenly fail to provide public access to public records, such as e-mails about a city council or a state-agency board’s vote.”

Regarding HB 1197, Rowland Thompson, Executive Director of Allied Daily Newspapers of Washington, noted that “many citizens probably assume that there is a requirement in current law for public comment prior to the adoption of local ordinances. But since there actually isn’t such a requirement in current statute, this omission should be corrected in the law.”

Thompson, with regard to HB 1198, stressed that “it simply stands to reason that elected officials, particularly newly elected officials, should have some basic, fundamental training with respect to the Open Public Meetings Act. It should be an integral part of the orientation and training when an officeholder is first elected.”

HB 1198 is being heard in the House Government Operations & Elections Committee on Wednesday, Jan 23, at 1:30 p.m. The committee is meeting in House Hearing Room E of the John L. O’Brien Building on the Capitol Campus here in Olympia. HB 1197 is awaiting a public-hearing schedule.