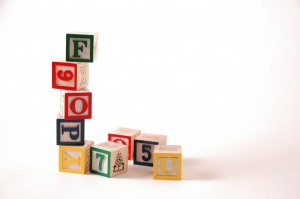 Already a leader in the field of early learning, Washington state would take a giant step toward preparing all kids for success in kindergarten and beyond under far-reaching legislation headed for the state Senate.

House Bill 1723, by Rep. Ruth Kagi, D-Seattle, aims to create integrated, high quality early learning opportunities, for children from birth to age 5, to be financed in large part by anticipated tax revenue from the 2012 legalization of marijuana under Initiative 502. The bill, Early Start, passed the House 59-38 Wednesday night, one of several bills to strengthen families and children that were sponsored by members of the Democratic majority and approved Wednesday.

“We want to give our kids – all our kids – a fair chance to succeed in school and in life,” Kagi said. “Unfortunately, many 5-year-olds, especially from poor families, aren’t as well-prepared for success as their more privileged classmates when they arrive at the kindergarten door. My ‘Early Start’ bill helps close that opportunity gap, which means more high-achieving and productive students, graduates and, ultimately, citizens of our state.”

The measure is mainly focused on children in low-income families, and addresses home visits to expectant mothers and parents of newborns, increasing subsidies for high quality child care, and expanding preschool education.

In a hearing on the bill last month, Thurston County Sheriff John Snaza told a House committee that although he voted against I-502 last year, he could not think of a better use of the money anticipated from taxes on the now-legal recreational marijuana industry than investing in Early Start.

Other bills in the families-and-children lineup approved Wednesday include:

HB 1671, by Rep. Jessyn Farrell, D-Seattle, which improves the Working Connections Childcare Program that helps low-income families pay for child care while they work or look for work, and streamlines eligibility for this critical service. It passed 55-42.

HB 1285, by Rep. Roger Goodman, D-Kirkland, which requires a court to  appoint a lawyer to represent a child within 72 hours after the termination of the child’s relationship with his or her parents —  typically a prelude to foster care in cases of abuse, neglect or abandonment. Washington currently ranks 48th among the states in terms of legal representation for foster children. Children with legal representation spend less time in foster care, producing better outcomes for them and a savings for the state. The measure passed 74-23.

HB 1140, by Rep. Mary Helen Roberts, D- Lynnwood, establishes a means for siblings to remain in contact if they are placed in different foster homes and cannot otherwise visit one another, provided a court determines that certain guidelines are met. It passed 64-33.

HB 1027, by Rep. Jim Moeller, D-Vancouver, updates the economic table used by judges in determining child support. The measure incorporates the 2011 recommendations of a task force that reviews the table every four years as required by law. The bill passed 97-0.