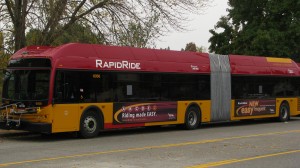 This is a sobering reminder that it takes more than money to expand transit service. We need people who make sure the whole system works: buses, bus drivers, bus routes, and bus stops.

Check out this article in today’s Seattle Times:

This fall’s scheduled launch of the RapidRide E bus line on Aurora Avenue, and the F Line from Burien to Renton, will be postponed until 2014.

Metro Transit staffers do not believe they can deliver all the bus-activated traffic signals, ORCA fare card readers, bus arrival-information displays and 100 stops by September as planned.

Metro was chastened by last fall’s experience with the D Line in Ballard, where the red-and-yellow RapidRide buses began operating at only a one-minute advantage compared with ordinary service. Many of the signals weren’t ready on time. And along the C Line in West Seattle, the arrival-time displays were often wrong in the early weeks.