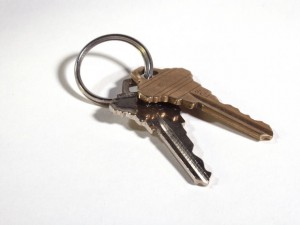 State Representative Gael Tarleton’s (D-Ballard) bill requiring landlords to safely secure spare keys to their rental units was approved by the Senate today by a vote of 42-5.

Widrig was brutally beaten and raped in her apartment complex three years ago. Her attacker was a maintenance employee who worked at Widrig’s apartment complex. He gained access to a spare set of keys to her rental unit because they weren’t properly secured by the landlord.

“I know that House Bill 1647 is necessary because I lived through what happens when bad people have unchecked access to duplicate keys,” Widrig stated in February during public testimony before the House Judiciary Committee. “I expected to feel safe in my home and I was not safe on December 5, 2009, because my landlord did not protect my key from unauthorized access by its maintenance person.”

“Everyone who lives in an apartment has a right to be safe when they go to sleep at night,” said Tarleton. “Tragically, this bill is needed because Dana Widrig was not safe in her apartment.”

This is Tarleton’s first year representing the 36th Legislative District. HB 1647 is her first bill to be approved by both the House of Representatives and the Senate. The bill now goes to the Governor for his consideration.