After substantive discussions with members of both parties, a revised transportation investment package incorporating input from legislative leaders and the Governor’s office was unveiled Tuesday. The proposal has an increased emphasis on reform and targets the most immediate project needs to help Washington businesses.

At $8.4 billion, the revised Connecting Washington package is $1.4 billion less than the original proposal released earlier this session. Rep. Judy Clibborn (D-Mercer Island) one of the authors of the package says that changes focus on making the package more efficient while maintaining the main priority: jobs and economic development.

“These changes reflect a clear need to concentrate on the elements of this package that will allow businesses to succeed,” said Rep. Clibborn. “The Connecting Washington package will create as many as 84,000 jobs for the citizens of this state over the 12 year proposal and will provide 21st century infrastructure needed for our 21st century economy.”

The package keeps funding for important mega-projects, including improvements to I-405, I-5, the North Spokane Corridor, and SR 167/SR509 ‘Puget Sound Gateway’ freight corridor. A number of smaller safety and maintenance projects have been shifted to prioritize the most high-need roads and bridges.

“Members of both parties can agree to the critical need to invest in our transportation system and though I don’t agree with everything in this package, I agree that we need to have this conversation,” said Sen. Curtis King (R-Yakima) “Businesses and farmers east and west of the mountains depend on the ability to easily move goods across our state and I am committed to finding a bi-partisan solution that incorporates cost-savings and reforms to keep our economy moving.”

Maintenance and operation has been identified as a top priority by many legislators and stakeholders and the revised package increases the two funds from $633 million to $911. Also included is funding for pedestrian safety, transit agencies and local governments.

“Transportation has never been a partisan issue,” said Sen. Tracey Eide (D-Federal Way), a co-chair of the bi-partisan Senate Transportation Committee. “We are committed to finding a solution that members of both parties can embrace and I think revisions to the proposal bring us closer to bi-partisan investment that will help our economy for years to come.”

The hazardous substance tax and bicycle tax have both been removed from the package. The gas tax is phased in through incremental steps at a rate of 5, 2, 2, and 1 cent in one year increments. This frontloading allows for maximum bonding leverage to take advantage of favorable market conditions, meaning more money to immediately help ease congestion and more projects per dollar.

The changes will be offered as an amendment to the existing revenue package. A summary is available here. 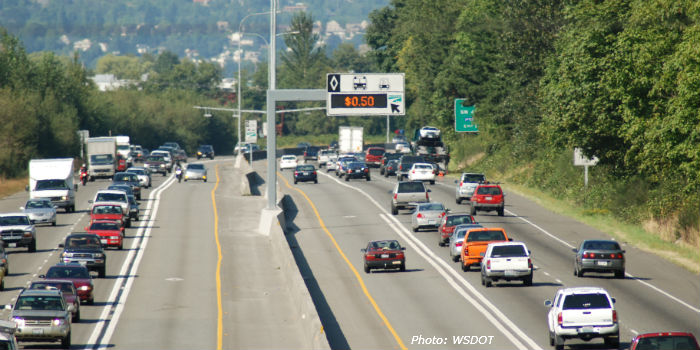