In an effort to right past wrongs, Rep. David Sawyer of Tacoma wants the state to clear the criminal records of tribal members who were convicted of fishing violations before a federal court ruled that what they were doing was actually legal under federal treaties. 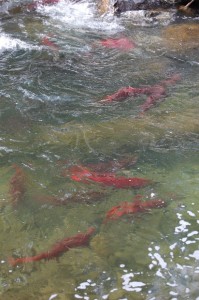 The tribal members were arrested during the “fish wars” of the 1960s and 1970s, when they staged “fish-ins” to asset their treaty rights to salmon. But the demonstrations ran afoul of state regulations, and led to clashes with police and wildlife agents and to criminal convictions.

The tribal members were vindicated by a 1974 federal court decision that affirmed their rights to the fish. But the convictions have remained on the record, with negative consequences for the defendants.

Under Sawyer’s House Bill 2080, the tribal members could apply to the courts to have their convictions expunged – and, subject to certain conditions, the measure directs the courts to grant the request if the convictions stemmed from the exercise of treaty rights.

The House Community Development, Housing & Tribal Affairs Committee held a hearing on the bill Jan. 15, and a video is available here.