From 2002 to 2012 the number of deaths by suicide* in Washington state increased by almost 28 percent. A measure aimed at slowing that alarming trend by enabling health care professionals to better identify individuals at risk of suicide and perform prevention-related services is on its way to becoming law.

With overwhelming bipartisan support, the House of Representatives passed House Bill 2315  on a 94-3 vote this afternoon. The measure requires certain health professionals in Washington state to complete training in suicide assessment, treatment, and management as part of their continuing education requirements.

“We know that many individuals who are contemplating suicide seek out help, usually from their primary care physician, said the bill’s prime sponsor, Rep. Tina Orwall, D-Des Moines. “My bill ensures that our medical staff, including physicians and nurses, has the comfort and knowledge to engage the patients, address their risk and take the next steps.”

Over the past couple of years, Orwall, working with professionals and survivors who have formed the UW Forefront partnership, has led the suicide prevention movement in Washington by successfully getting two bills signed into law:

House Bill 1336 improved the capacity of schools to identify and intervene with students struggling with suicidal thoughts, by requiring certified school nurses, school social workers and school counselors to complete training in youth suicide screening and referral as a condition of their certification. 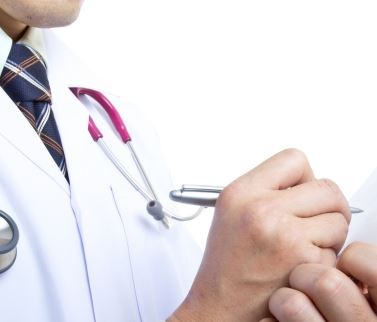 And House Bill 2366, the Matt Adler Suicide, Treatment and Management Act, required a broad range of health care providers, who may come into contact with individuals contemplating suicide, to obtain six hours of suicide prevention training every six years. This year’s measure expands the list of professionals who must complete the training to include chiropractors, naturopaths, osteopathic physicians and assistants, physical therapists and assistants, and nurses. The list also includes physicians, who would be on an eight-year cycle instead of a six-year cycle.

According to the Department of Health’s most recent report, suicide is the eighth leading cause of death among all Washington residents and the second leading cause among youth ages 15-24. While Washington does have a statewide suicide prevention plan for youth, the state does not have a comprehensive plan that includes individuals of all ages.

“My legislation addresses that issue by requiring the development of a statewide plan and a consult line to provide additional support. My hope is that working closely with Forefront and other key advocacy groups, we can move this bill forward and prevent more lives from being lost,” said Orwall.

There is limited information available for veterans and service members; however, the Department of Veterans Affairs 2012 Suicide Data Report estimates that approximately 26 percent of all suicides in Washington state are veterans.

“With so many of our brave men and women in uniform returning from the front lines and having difficulty readjusting to a civilian lifestyle, it’s extremely vital that we provide them with the resources they need to reach out when they need help,” said Sen. Steve O’Ban, a west Pierce County Republican who is sponsoring an identical bill in the Senate. “I serve on the state’s Joint Committee on Veterans’ and Military Affairs and have two sons stationed at Joint Base Lewis-McChord, so I know firsthand how difficult military service can be. It’s our responsibility to help our soldiers in any way we can, and House Bill 2315 is a step in the right direction.”

O’Ban, who chairs the Senate Human Services and Corrections Committee, has sponsored Senate Bill 6468 – the companion to HB 2315.

“To address these growing suicide rates among our veterans and in our military bases, my bill also requires periodic updates to the training model and, when applicable, to contain content specific for veterans,” added Orwall, who co-chairs the Joint Committee on Veterans’ and Military Affairs.

House Bill 2315 now goes to the Senate for further consideration.