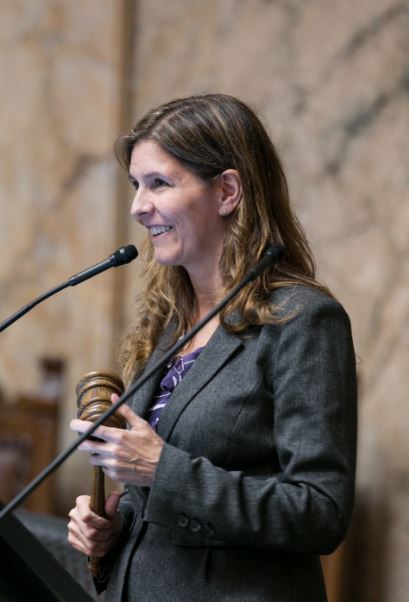 When it is signed into law, this measure will become the third prong in the suicide-prevention call for action started in 2011 by Rep. Tina Orwall, D-Des Moines.

“We know that with early interventions suicide can often be prevented.  In a person’s darkest hour, when they have the courage to reach out for help, they will get the help they need and deserve.  This bill is about saving lives,” said Orwall of her legislation that expands the list of professionals who must complete suicide-prevention training to include chiropractors, naturopaths, osteopathic physicians and assistants, physical therapists and assistants, physicians and nurses.

Sen. Steve O’Ban, R-University Place, sponsored an identical measure in the state Senate and has supported Orwall’s House bill since it was introduced.

“There are some things in state government that can wait another year, and there are some things that need to be dealt with immediately. This is an issue that we must address right now, while we still have the opportunity,” said O’Ban, who represents the 28th Legislative District. “Suicide prevention, particularly for our brave service men and women who often deal with underlying post-traumatic stress disorder issues after returning from deployment, should be one of our top priorities and this bill is an excellent step in that direction.”

House Bill 2315 now goes to Governor Inslee for his signature.