The state’s economy will get a boost from entrepreneurs tapping into a 21st-century model of financial backing to start businesses and create jobs, under the Washington Jobs Act of 2014, a bill passed by the Senate March 8. 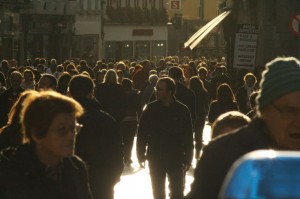 “We’re allowing our state to better attract and support entrepreneurs – and to capitalize on their energy and brainpower,” the bill’s lead sponsor, Rep. Cyrus Habib, said. “And now the general public can participate as investors in startups and small businesses, too.”

Habib’s House Bill 2023 allows Washingtonians to engage in investor crowdfunding, the practice of raising money, often over the Internet, by soliciting small investments from numerous investors. An outgrowth of crowdsourcing, crowdfunding techniques have been popularized by ventures like Kickstarter. But entrepreneurs are hampered in the use of crowdfunding by complex securities regulations that are expensive and burdensome.

The measure was approved 46-2 in the Senate. It was approved earlier by an overwhelming margin in the House, and it will return to the House for agreement in Senate amendments, which is expected to occur within the week.

The bill is tailored to apply only to Washington state companies raising limited amounts of capital in small individual amounts from in-state investors. Once the measure becomes law, Washington would join only a handful of states that have opened up equity crowdfunding.