We reported yesterday that Washington state’s emphasis on preventing traffic fatalities is paying off. We have been consistently below the national average for many years now.

Even though other parts of the country are not as effectively preventing traffic deaths, The Economist recently noted that America and other industrialized nations are seeing fewer and fewer fatalities on their highways, but billions of people in developing countries are seeing skyrocketing rates. Why? We spend more on safer cars and traffic improvements.

The price of safety measures like crosswalks, road bumps and seat belt enforcement are very small compared to the cost of lives lost.

Even with a good safety record, though, traffic accidents still cause too many injuries and deaths in our state.

Here’s another way to look at the data, using a tree to divide up what caused the 99,689 vehicle collisions in 2013. 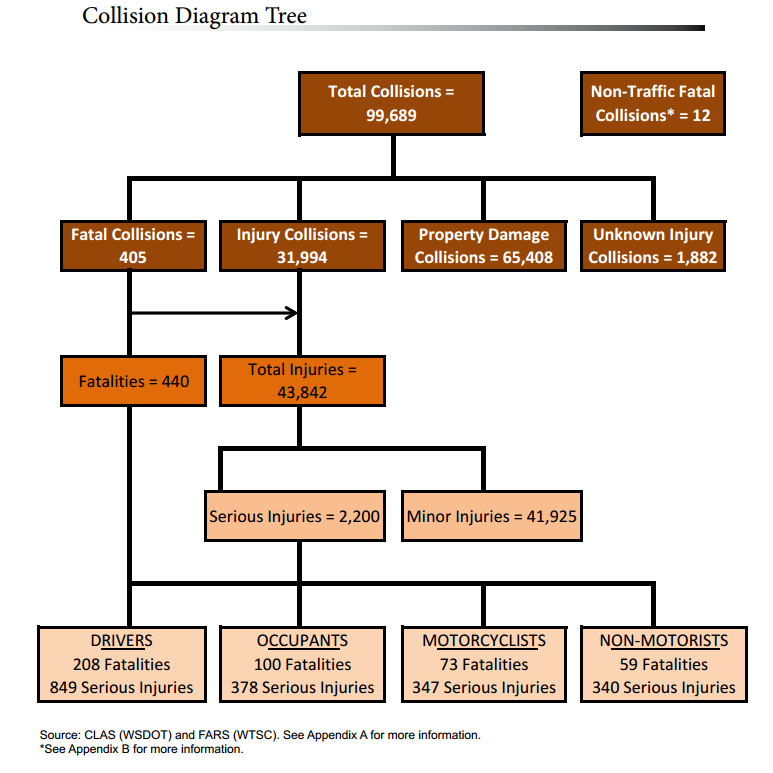 Washington state is ambitiously trying not to reduce those injuries and deaths by a bit more, or a lot more, but to eliminate them entirely by 2030 as part of the Target Zero plan.