On November 23rd, a group of 18 House Democrats sent a letter to Governor Inslee commending his leadership in the potential resettlement of thousands of families and orphans from war-torn Syria.

The letter also comes as a response to a letter delivered last week by state Senate Republicans and recent bigoted diatribes, as well as last Friday’s anti-refugee rally at the Capitol where a handful of state legislators continued to stoke fear and misinformation. 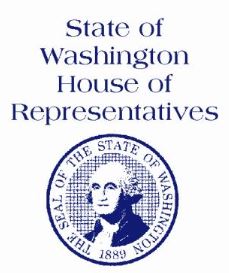 Thank you for your strong leadership on the Syrian refugee crisis. Your public comments reflect the very best of Washington State.

While refugee relocation is a federal issue, there are calls from some for the state to take action against placing refugees here. Unfortunately, the debate has fallen to the level of political fear-mongering, bigotry and racism.

Your leadership has historic precedent, when in 1975 Governor Dan Evans led Washington State in welcoming over 1,500 Vietnamese refugees in the wake of the Vietnam War. This came at a time when other states around the country closed the doors of opportunity to families seeking a better life. Forty years later, these families are a vibrant part of our community and our economy.

Those involved in the anti-refugee discourse should understand that the federal government has a strong vetting process in place, taking as long as two years before refugees are settled in the country. As noted by our leaders, the priority is caring for the thousands of women, children, the elderly and the infirm who have lost their homes, family members, and their country.

Safety and humanitarianism aren’t mutually exclusive. We can provide both, just as we have for many years during which we welcomed so many new people to our country. Washington State has a long and proud tradition of caring for those in need. The United States welcomes up to 75,000 refugees to our shores each year – people who through no fault of their own have lost everything. Our nation learned a painful but valuable lesson after the incarceration of Japanese Americans during World War II. We must never again sacrifice our values as Americans by giving into unwarranted fear.

In today’s world we all need to be vigilant concerning safety. But we must also remain vigilant against fear conquering our humanity. This crisis is about the search for freedom, hope and security in a time of violence and instability, a journey many of our forbearers took themselves.

Again, thank you for providing a rational, reasonable voice in this debate.