Education WINS in the House

This has been a big week for education in Washington. The House of Representatives voted to achieve excellence in our schools and give our 1 million kids in public schools greater opportunities to learn. The bills that we approved include:

This week’s votes on the House floor are steps in the right direction toward reaching our goals and ensuring our education system is fully funded. Sadly, the fate of these bills is unknown in the Republican-controlled Senate. 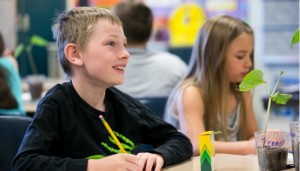 Fixing the I-405 Problem

It’s clear that the I-405 express toll lanes have issues. I have driven them myself and I have heard from thousands of you about the challenges you are experiencing. I-405 is one of the most congested highways in the state, and we know that waiting to make changes is not okay.

As the Vice-Chair of the Transportation Committee, I have joined with other legislators from districts along I-405 to push WSDOT to fix many of the obvious problems with the toll lanes right away. These include the new chokepoints that have formed, the lack of entry and exit points, and confusion about when and how to use them. I have also brought constituents in to meet with WSDOT officials and explain impact these issues are having on drivers.

In a meeting we had last week, WSDOT mentioned several fixes that have just been deployed or are coming very soon, including:

I’m hopeful these changes that will bring some relief to frustrated commuters. I look forward to asking more tough questions of WSDOT at our upcoming work session in the Transportation Committee.

One positive result we’ve seen has been with regional public transit. Before the express lanes launched, public transit along I-405 was crippled. The new express lanes have allow commuter buses and carpools to move a large number of people quickly through traffic, which is good for everyone.

The House Transportation Committee invited WSDOT to brief lawmakers about the current situation with I-405. If you didn’t catch it on TVW live, you can view their presentation here.

Building a Stronger Democracy in Washington

Last week, the House State Government Committee heard some amazing testimony in support of legislation that I am sponsoring: House Bill 1745, as known as the Voting Rights Act.

The legislation would empower individuals facing systemic disenfranchisement in their communities to push for more fair elections locally. It would also create an avenue for working out these disputes before they go to court and allow legal challenges to be heard in-state rather than leaving no option federal intervention under the national Voting Rights Act.

Yakima Mayor Avina Gutiérrez and Councilmember Carmen Méndez came to Olympia to speak in favor of the legislation. Both were elected just last year after Yakima switched its city council elections from at-large to geographically-based districts. As the first Latinos ever elected in a city where four in ten residents are Hispanic, they told us how the change finally gave them the opportunity to make Yakima’s government more reflective of the people it serves.

The Washington Voting Rights Act would make it easier for other communities to realize the change that Yakima has. Although this legislation faces an uphill climb in the Senate, I promise to continue fighting to protect fairness and equality in our democracy.