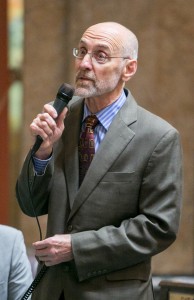 “We hear about government trying to reduce paper and move toward a digital environment,” explained Springer. “For that to become reality, local government must have the opportunity to accept electronic signatures.”

The bill also would permit local government to use electronic technology for procurement processes, freeing staff from having to manage, circulate, and store paper documents.

HB 2417 was approved by the House on a 95-2 vote and now moves to the state Senate for further consideration.