“This is important consumer protection legislation,” said Rep. Moeller. “People shouldn’t have to fight to get what they’ve paid for. This change should help more people to better access the care they need in a timely manner.” 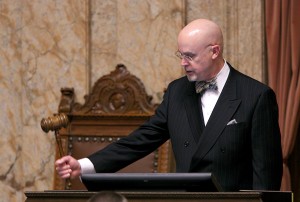 Washington created the IRO system as part of the Patient Bill of Rights to review insurer denials after the consumer has exhausted the internal appeal process.

It is difficult to convince insurers to overturn their denials. The IRO system uses medical reviewers to impartially resolve disputes without the courts. Sometimes the IRO upholds the decision of the insurer, and sometimes the IRO rules in favor of the patient.

“Too often consumers are denied coverage needlessly, which can result in the delay of care,” said Rep. Moeller. “This measure is a step in the right direction towards correcting that problem.”

Insurers may continue to deny coverage for treatments for the same condition for other patients, even after the IRO overturns their decision. California has a detailed database which has helped consumers access decisions in cases that are similar to their own and has helped regulators identify patterns and hold insurers accountable.

After passing both chambers with healthy bipartisan majorities, the bill now goes to the governor for his signature.