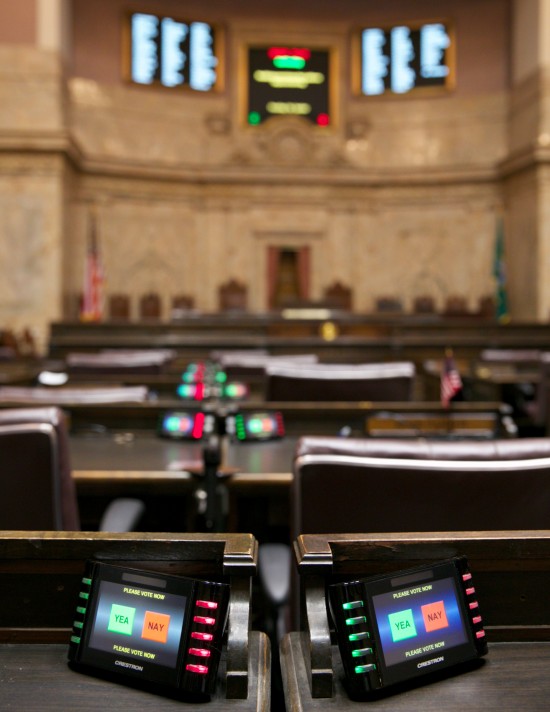 One size does not fit all when it comes to education, so school choice is an important element to provide as many pathways as possible for student success.

In 2012, the voters narrowly approved an initiative authorizing the creation of up to 40 charter schools in the state. The initiative, however, was flawed and it did not hold up to a court challenge.

After being challenged in superior court on several arguments, the charter initiative was first ruled unconstitutional in 2013 before any charter schools had opened. The Supreme Court was asked to review the decision in 2014, and despite the looming uncertainty, later that year several charter schools opened their doors and admitted students.

Many families were not informed of the very real possibility that their school would not be permitted to operate. We all know what happened next – in the fall of 2015, the Supreme Court ruled against charter schools, throwing the eight existing charter schools into turmoil.

SB 6194 attempts to resolve the two primary issues the Court had trouble with, but completely ignores other likely constitutional problems with the charter schools initiative.

This is why I voted no on SB 6194. The bill will be challenged in the courts and the very real possibility of another ruling against charter schools looms large. Which means we’ll be right back here next year or the year after trying to save charter schools again. And the educational future of even more children will be put in jeopardy.

My colleague, Rep. Drew Hansen of Bainbridge Island, offered an amendment to the charter bill that, if it was approved, would have allowed me to support SB 6194. His amendment would have allowed the current eight charter schools to continue operating while putting a moratorium on approval of new charter schools until all of the legal challenges have been resolved one way or another.

The last thing I want is for the state to approve new charter schools while legal challenges are still pending. I don’t want another 800 kids’ educations thrown into turmoil if the Court issues another adverse ruling.

Moving forward, there are three major issues that must be resolved if charters are going to survive legal challenges.

Local control – I have two core values when it comes to using public resources – transparency and accountability. Public schools are run by local schools boards and are subject to robust transparency. They’re also run by locally-elected school board members – members that are held accountable by the voters every few years. These important values are missing from the charter system now, but must be part of a final solution. Local control is vital to ensuring all schools are transparent and accountable.

Funding – The Supreme Court ruled that charter schools are not “common schools” and therefore cannot receive funding out of the general fund used to pay the operating expenses of our other public schools. In an attempt to avoid another constitutional challenge on the source of funds, SB 6194 funds charter schools through a separate account called Opportunity Pathways, more commonly known as the lottery funds.

That account, however, also funds other programs such as scholarships for low income students in higher education and early learning slots for low income children. As each charter school adds grade levels, and as the number of charter schools steadily increases to the current maximum limit of 40, their operating costs will eat up an ever-increasing, larger share of the Opportunity Pathways account.

This jeopardizes the account’s ability to continue funding all the current programs. In the event of a shortfall, money will be diverted from the general fund to the Opportunity Pathways account.

The Supreme Court could find this is nothing more than an end-run around its decision, and that the state is unconstitutionally funding charter schools through the general fund with money earmarked for our other public schools.

“General and Uniform” – our constitution mandates the legislature to provide for “a general and uniform system of public schools.” SB 6194 changed the terminology from “public charter schools” to “charter public schools.”

I believe this puts them squarely within the contemplation of that mandate, and since charters are exempt from the vast majority of statutes and regulations, district policies, and indeed, public oversight itself, this bill effectively creates a two-tier system, which means education is no longer “uniform” nor equitable.

Ultimately, the only fix that will work in my legal opinion, is a constitutional amendment. Anything short of that, I believe, will not hold up to legal challenges.

Again, I’m all for school choice. But all choices we offer to students must work within the framework of our constitution. We are a unique state with our “paramount duty” clause. Our constitution requires the state provide equitable educational opportunities for all kids. Anything less is unacceptable.