Today is the final day of the 2016 regular legislative session. However, with agreement on a supplemental budget still in the works, it seems likely that we still have a few more days ahead of us. Here’s the latest news from Olympia.

I got involved in politics because of a road safety issue where one of my neighbors was killed. Many years later, I’m still deeply concerned about the safety of our roads for all who use them. 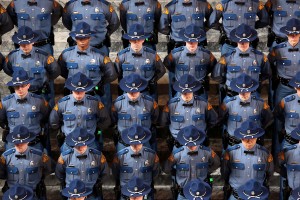 Reducing Highway Fatalities—In 2015, Washington State experienced a large increase in highway fatalities. With over 100 State Patrol positions unfilled, sadly it’s not surprising. One cause of these vacancies is below-market rate wages. Low pay has significantly impacted State Patrol’s ability to recruit and retain new troopers, stretching patrol resources thin. The Legislature approved a pay increase for our state troopers to make sure our highways stay safe for commerce, commuters and families.

DUIs—There are a surprisingly large number of repeat DUI offenders. This year, we increased the penalties after a fifth offense—to keep them off the road longer. Don’t gamble with other people’s lives by driving while intoxicated. There’s just too much at stake to take this lightly.

Transportation Budget—While we are still negotiating the capital and operating budgets, the House and Senate reached agreement on a transportation budget—in great part due to Rep. Judy Clibborn’s leadership. This package will help fight traffic, create jobs, and keep our roadways safe. In addition to some I-405 improvements (see details here), the budget also specifically directs the Department of Transportation to continue working with the City of Mercer Island to address potential access solutions to I-90.

Increasing Education Outcomes for All Kids 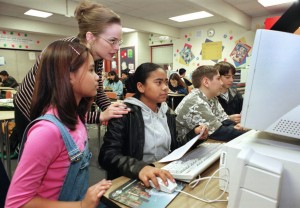 During this (supposed) final week of session, we passed some important legislation to help address our too-low high-school graduation rate.

Opportunity Gap—Washington has more than 462,000 public school students of color. Unfortunately, there has been a consistent 20-30% percent gap in student achievement between students of color and White and Asian students. Rep. Sharon Santos has championed the Educational Opportunity Act for the past four years which aims to make some important structural, policy and funding changes based on recommendations from a broad coalition of community leaders. Finally, the Senate passed this important bill and I expect Gov. Inslee will sign it into law.

Homeless Students—35,000 students in Washington State do not have a safe or reliable place to sleep at night. We must help increase their educational opportunities by investing dollars into housing rather than transporting students from shelters and other locations outside of the district back to their school. HB 1682, sponsored by Rep. Jake Fey, will help combat student homelessness by providing a competitive grant program for school districts to connect homeless students to stable housing and educational resources. I have no doubt that it will make a difference in the lives of these children.

Charter Schools—One of the most controversial issues of the legislative session has been around charter schools. I strongly opposed their creation and the Supreme Court has ruled they are unconstitutional. However, there are now 800 kids in these schools, many of whom are at-risk and special needs. It’s difficult to rationalize spending public funds on a small group of charter-school students when our public schools are in desperate need of basics. While our four school districts in the 41st are among the top in the state, there are different paths to successful educational outcomes for some students. Ultimately, it is not a choice between being pro-charter schools or pro-public schools (which is a key reason I ran for the legislature), it’s about being pro-student success. The legislation we passed is still anticipated to be challenged constitutionally—and may very well be ruled unconstitutional again—but, in the meantime, we’ll help these kids get to the finish line.

In the US, a sexual assault occurs on average every 1 07 seconds. Recently the Mercer Island Reporter published an op-ed about sexual assault on college campuses. The article, written by a Mercer Island High School junior, lays out the facts – students who report being sexually assaulted are often ignored, and sometimes accused of lying or exaggerating the facts for ulterior purposes. This is appalling. As a state, we must do everything we can to ensure that victims of sexual assault are treated with dignity and respect.

The legislature passed two bills concerning sexual assault. The first bill, HB 2530, sponsored by Rep. Tina Orwall, creates a statewide tracking system for rape kits (the first in the nation!) that helps ensure that these important pieces of evidence are properly reviewed and tested. We also passed HB 2711, which will study the availability of Sexual Assault Nurse Examiners (SANEs) in our state. SANEs are a critical component to ensuring sexual assault survivors receive appropriate care, necessary examinations and provide specialized skills helpful in prosecuting criminals.

Unfortunately we have not quite finished our budget work. As we move into interim in the next few weeks, I look forward to seeing you around the district!