It has been a very exciting year for me so far as your new State Representative for the 36th District! In late March we wrapped up the legislative session – my first – and I’m proud to share some personal victories, our collective success, and a bit about how we can do better next year.

I’m thrilled to report my bill, House Bill 2451, was signed into law by Gov. Jay Inslee and will make a difference for families in the 36th District and throughout our state. Last year, our state recognized some folks experiencing a mental health crisis are better served by outpatient treatment rather than involuntary commitment. My bill removes barriers to those patients getting into assisted outpatient treatment, ensuring they get the care they need closer to home, surrounded by their families and support network, as soon as possible. One size doesn’t fit all, so we need to make sure patients get the care they need in the right setting.

We’ve been working hard to fix our mental health system, due in part to a lawsuit that determined that state of Washington was violating the constitutional rights of the mentally ill. How did we end up in this situation? Cuts have consequences and in this case, when we made cuts to our mental health system during the Great Recession, those experiencing a mental health crisis were typically thrown in jail rather than getting them the care they desperately needed. But we’re turning the corner on restoring those programs.

One key part of that solution is starting to happen – the state is opening a new mental health facility. The Maple Lane School was a facility for juvenile offenders for almost 100 years before it was closed in 2012. With funding from the state construction budget, the facility is being re-opened as a specialized place to house offenders with mental health issues who are judged incompetent to stand trial. 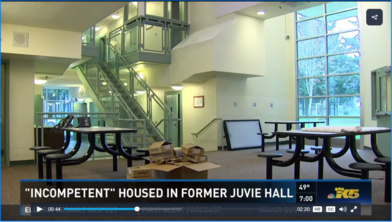 These offenders need treatment and medication before they are competent to stand trial. The state psychiatric hospitals often don’t have the capacity to house these patients and weren’t designed to safely handle those accused of crimes. So they often wind up in county jails, which are not equipped to treat people with mental health concerns.

The new Maple Lane facility will be well-equipped to handle these offenders. This is a step in the right direction toward fixing our mental health system.

Tax-break accountability for Boeing— and tax fairness for all

In 2013, lawmakers gave the Boeing Corporation a record-setting tax break with the promise of maintaining and growing more jobs in Washington state. Sadly, since this time they’ve laid off more than 5,000 people, and on the last day of session, Boeing announced it was cutting up to 8,000 more jobs. You read that right: We gave them an $8.7 billion tax break and we’re getting 13,000 layoffs in return.

As taxpayers and citizens, we’re getting a raw deal. That’s why as a member of the House Finance Committee, I fought to balance the Boeing deal by adding a job number requirement, or head count. Adding this element would also put us in line with other states competing for Boeing’s business, putting Washington State’s taxpayers on a level playing field. When this bill failed in the Finance Committee, I joined with several colleagues to introduce a package of corporate tax accountability bills.

While none of this legislation passed into law this year, the fight isn’t over. Our state’s tax structure is broken. It is not sufficient or sustainable to fund core government services, and too many large corporations in our state are getting special treatment without appropriate accountability. 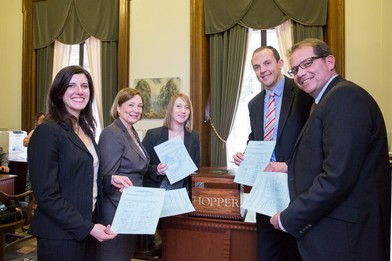 As part of the 2012 McCleary ruling, the Washington Supreme Court found that the state had failed to fulfill its constitutional duty to fully fund basic education. There have been subsequent orders from the court, including calling for a year-by-year plan for full funding of all aspects of basic education. In 2014, the court declared the state’s failure to submit a plan constituted contempt of court, and in 2015 the court imposed sanctions of $100,000 per day fines against the state.

During this session we passed into law HB 2366, which commits the legislature to solve the final piece of this funding puzzle during the 2017 session. This is both in line with the court order timeline and the regular budget cycle. Between now and then, the Education Funding Task Force will be collecting the last pieces of data we need to end our reliance on local levies to fund basic education. While I would have liked to see us solve this crisis sooner, I’m pleased we at least have agreement – both bipartisan and bicameral – that this will be resolved next year.

There are many more timely issues in our public schools that we attempted to resolve this year. In the House, I proudly fought for legislation to help address the teacher shortage, over-crowded classrooms and other issues facing our public schools. I’m sad to report that while the House passed key reforms to expand education for all, many of these bills died when Senate Republicans refused to allow a vote on the Senate floor.

Every child deserves an opportunity to learn. If we expect to provide educational opportunities for all kids, schools must be fully funded.

However, fully funded schools are only part of the solution. Pouring more money into a broken system will not get us the outcomes we want.

That’s why it was absolutely critical we passed HB 1541, a bill to close the educational opportunity gap in Washington public schools.

The opportunity gap refers to the structural inequities that exist in many of our public schools that contribute to students of color and students from low-income families not having the same learning opportunities as their peers.

A story by The Seattle Times last summer featured one example of this problem: Race dramatically skews discipline, even in elementary school. The graph included in the article highlights the disproportionate rates of suspension and expulsion of black students compared to white students. Black students are disciplined 2.5 times more frequently than white students – not because they commit 2.5 times more offenses, but because they are unfairly targeted.

The chances of a student dropping out of school skyrocket after being suspended or expelled and it’s difficult to get them back. Under HB 1541, schools can no longer impose a long-term suspension on a student for discretionary reasons. And schools will now be required to continue providing educational services even when suspension or expulsion are necessary.

Closing the opportunity gap is the civil rights battle of today’s generation. I’m pleased the Senate finally acknowledged this problem and we can move forward as a state toward equal educational opportunities for all kids.

I supported and co-sponsored a number of reforms to make college more affordable. The high cost of college hurts not just families, but our state’s prosperity and future. “Free to Finish” would reach out to students who dropped out just short of graduating and offer them free tuition to finish their degree.

We need to look not just at cutting tuition, but at free tuition. There’s a reason why the wealthiest countries in the world offer free tuition—it’s an investment in our economy and helps all students compete for the best jobs in the world.

A good education and good job aren’t much use if you can’t find an affordable home for your family. I prime sponsored legislation to create a Preservation Tax Credit as a smart, effective way to create incentives to preserve existing affordable housing instead of tearing down buildings to build more expensive housing stock. While the legislation didn’t pass this year, it’s worth fighting for, because the housing crunch isn’t going away.

I’m proud to report that a bill I co-sponsored with Sen. Cyrus Habib was passed into law and will help remove barriers to transferring colleges for disabled students around our state.

Our foster care system is in crisis, with not enough families available for the kids who need placement.

That’s why I fought for the Mockingbird Family Model evaluation for innovative foster care delivery. We need creative solutions like this to give every foster child a good home and a fair chance.

By state law, this is the last e-newsletter I can send during this election year.

If you have an idea, comment or question, you can still contact me and get an answer. And if you see me at the grocery store or around the district, feel free to stop me and say hi!