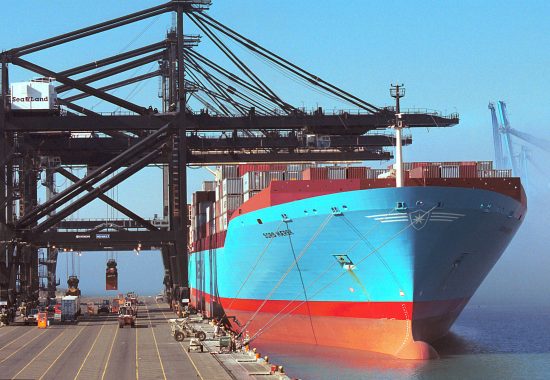 I had the great honor of co-chairing the Joint Legislative Task Force on the Economic Resilience of Maritime and Manufacturing in Washington these last few years.

The task force was made up of a group of lawmakers who studied the best ways to ensure the state’s $30 billion maritime and manufacturing industries remain healthy and vibrant for the next several generations.

After two years of gathering input from industry experts, stakeholders, and the general public, the bipartisan task force unanimously adopted a set of short- and long-term recommendations. If implemented, these recommendations will strengthen Washington’s trade-dependent economy and ensure we remain a top competitor that creates middle class jobs.

Below is the executive summary of the task force’s recommendations. You can read the full task force report here.

We are at a critical crossroads in this increasingly competitive global economy. Washington must continue looking 10, 20, and 50 years down the road to stay in the game and ensure our state remains an attractive place to live and work. Having successful maritime and manufacturing industries is crucial for our future.

The Joint Legislative Task Force on the Economic Resilience of Maritime and Manufacturing in Washington (Task Force) was established by E2SHB 2580 (C 127 L 14). The purpose of the Task Force is to develop recommendations that achieve several objectives enumerated in the enabling legislation related to sustaining the maritime and manufacturing industry sectors that support Washington’s trade- based economy, which generate $30 billion annually for Washington State[1].

The recommendations of the Task Force must include short and long-term action plans for the Legislature to support and sustain the maritime industry and other manufacturing sectors in the state. The Task Force may also provide specific legislative approaches and non-legislative approaches. To assist in developing the action plans, the Task Force co-chairs appointed an Advisory Committee consisting of maritime and manufacturing business, labor, career and technical education, environmental and other stakeholders from these diverse sectors.

The Task Force met three times during the 2014 interim and twice during the 2015 interim. The two meetings in 2015 were held at the Port of Bremerton and the Port of Seattle’s Fishermen’s Terminal in the Ballard-Interbay Manufacturing Industrial Center. All of the meetings were conducted in a public meeting forum with public testimony. The off-site meetings at the ports of Bremerton and Seattle also included tours of shipyards, ship-building companies, a seafood processor, manufacturing industrial parks, and the North Pacific Fishing Fleet’s homeport.

As required by its enabling legislation, the Task Force has developed both short-term and long-term action plans, which include both legislative and non-legislative approaches. In developing these plans, the Task Force considered recommendations from both the Advisory Committee and from public testimony, as well as several seminal pieces of legislation that were passed during the 2014-2015 and 2016 legislative sessions.

In order to build on the progress made during the 2015 and 2016 legislative sessions, as articulated above, the following actions shall be pursued in the short-term:

Appropriate agencies of state government and the relevant committees of the Legislature should cooperate in the short term to formulate polices directly aimed at this effort.

Incorporate these analyses into an annual review of the Washington Economic Resilience Strategy.