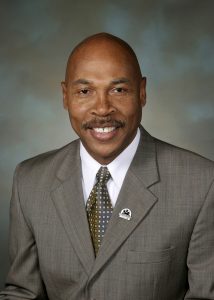 OLYMPIA—Newly appointed Rep. John Lovick (D-Mill Creek) said he’ll work with lawmakers from both parties on problems that affect all of our families.

“Education, jobs and transportation matter to everybody,” Lovick said. “Every child–rich or poor, black, white or Hispanic–deserves a world-class education. Our high-tech businesses rely on highly educated workers. And the whole system breaks down if we’re all stuck on I-5 and can’t get to work or send goods to market.”

These are complicated problems that will elude simple, sound-bite solutions, Lovick said.

“It will take creativity and compromise to fully fund our schools, fix traffic gridlock and create high-paying jobs in the 44th District,” Lovick said. “I look forward to the challenge and am honored to have the chance to tackle these issues for my friends and neighbors.”

Lovick was appointed by the Snohomish County Council on June 8. He’s serving out the term of Rep. Hans Dunshee (D-Snohomish), who he previously served with in the House for nine years.