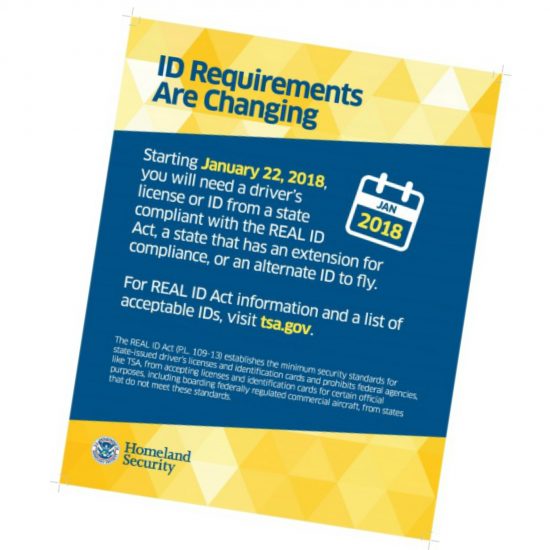 Anyone who flies may have noticed a sign at their nearest airport about changing federal requirements for what ID you can use to get through security and fly.

This is part of a law Congress passed called the REAL ID Act, and Washington state is one of many states working through how to comply with it when it comes to issuing state driver’s licenses and other requirements.

This week, the House of Representatives passed Senate Bill 5008, aimed at complying with the REAL ID Act.

Senate Bill 5008 is a bipartisan effort to solve the problem caused by the federal REAL ID law. The idea is it’s much better for us to decide our own fate, with this legislation, than to have something imposed upon our state by the federal government.

The legislation focuses on complying with REAL ID while protecting the safety of the people of Washington when it comes to the millions of people driving on our roads and highways.

Everyone driving should have a valid driver’s license. The people of Washington also need to fly.

There are 15 other forms of ID that are valid for travel, including U.S. passports and passport cards, and military ID.