I am proud of the good work being done by so many in our community.

This week I welcomed Governor Jay Inslee and my legislative colleagues to the 30th Legislative District. I appreciate the Governor and Attorney General Bob Ferguson joining us in Federal Way to recognize the Federal Way Coalition Against Trafficking and sign into law new legislation to better protect victims of sexual assault and human trafficking. 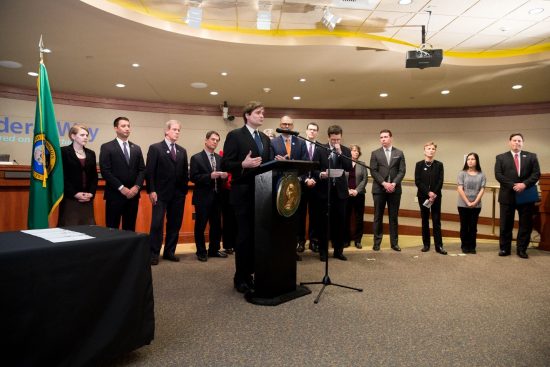 As a King County prosecutor, I prosecuted domestic violence and sex trafficking in our community. On my very first day in Olympia, I filed a bill so the laws better catch up with the realities on the streets. The legislation expands the current trafficking law to allow conviction of commercial sexual abuse of a minor, even if the suspect didn’t pay with cash, but gave the minor gifts or drugs. The law also extends the charging period to recognize the reality of traffickers’ manipulation and control over victims. The bipartisan bill passed the House of Representatives unanimously. Thanks to the leadership of Sen. Darneille in the Senate, that companion bill (SB 5030) was signed by the Governor in Federal Way on Friday. 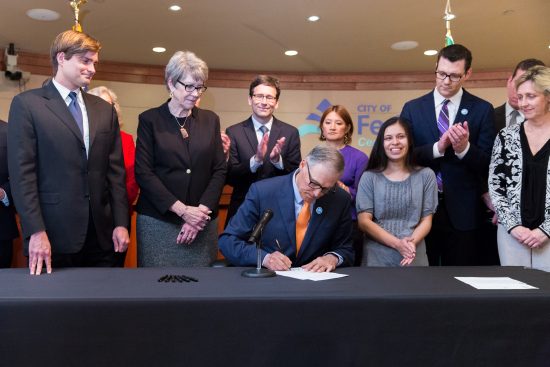