It’s been over two weeks since Olympia concluded the regular legislative session and began a special session, which was necessary due to the Legislature’s inability to agree on a final operating budget to fully fund education and pay for essential state services. While I have been and continue to be disappointed that my Senate Republican colleagues refuse to negotiate, asking instead for Democrats to vote on tax increases without a final budget deal on the table, I know this fight is worth continuing.

I wear many hats every day. A working mom for children starting school in just a few years. An economic developer trying to build an economy that works for everyone. A product of the state’s investment in our social safety net. And a state representative, fighting for an education system that invests in the future of our children without massive cuts to the social safety net or multi-billion dollar property tax increases. 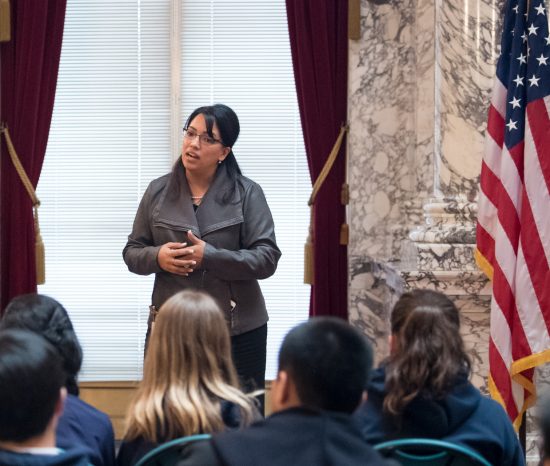 My mission in Olympia is clear: Fully fund our K-12 schools. Despite the complications and compromises that need to be made, I felt getting lawmakers to the negotiating table was an easy first step. It hasn’t been.

While almost every lawmaker agrees we must do more to meet our constitutional obligation to fund our schools, and most think it must be done this year, how we accomplish that goal is much more controversial.

Senate Republicans passed a budget that includes two areas Democrats simply do not agree with. First, they raise property taxes by about $5.5 billion statewide, which directly hurts middle class families, homeowners, and businesses across the state. Second, they make significant cuts to the social safety net and local school levies that pay for after-school clubs, activities, sports, art and music programs, and more. 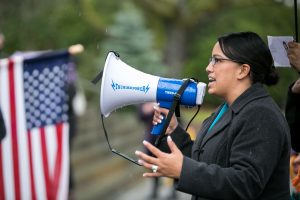 The House Democrats passed a budget that fully funds education without making the Senate’s cuts. We do so not by raising property taxes, but by asking the wealthiest people in our state to pay a little bit more of a fair share. The House plan ends tax breaks given to the wealthy few, like the capital gains and corporate tax preferences from which almost no one in our state but the richest among us benefit. The House plan also provides real relief to most small businesses, cutting or eliminating their Business & Occupation tax, to ultimately keep more money in local communities.

As you can see, there are options to discuss and vigorous debate to be had in your Legislature. Despite these options, Senate Republicans refuse to negotiate and we’re now at risk of a second special session. I am as frustrated as you are to watch deadlines pass without any progress. The time that is wasted is due to lawmakers more interested in political games than solving real problems.

As your elected official, I know you want problems to be solved, compromises to be made in the interest of you and your family. This cannot happen until all sides come to the table and start talking.

I came to Olympia to get education fully funded. I am going to be here until that is done. I won’t be taking any “overtime” pay for the extra time it takes to get it done. I hope my colleagues join me in that pledge.