Partnership is needed to end the stalemate

Unlike Congress, in Olympia Democrats and Republicans compromise all the time.

Here in the House, we’ve worked closely with our Republican colleagues on a number of fronts, including the state’s transportation budget. Compromise means that we don’t always get everything we want or need, but we work together and figure out a way both sides can succeed and move the state forward for the people back home in our districts.

Though both chambers agree education needs new funding, there are certainly large differences between the House Democrats’  and Senate Republicans’ proposals. The Senate Republican budget proposal creates the biggest property tax hike in state history, while the House Democrats have proposed tax reforms that will help relieve the burden from working families and seniors by asking the wealthy to pay their fair share.

The two plans also differ in the total amount of new investments for schools. Statewide, the Democratic plan would invest $8.5 billion additional state & local dollars into K-12 schools over the next four years. By comparison, the Republican plan would only invest $4.5 billion over the same time according to House nonpartisan committee staff analysis. 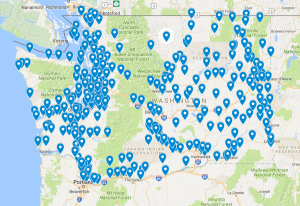 How will the two plans impact your community?

Click on the Google Map to see the school investment and taxpayer impact differences for your local school district.

But we cannot look at these differences as irreconcilable. Treating each other as partners instead of enemies is the only way we can end the stalemate and pass a state budget that fully funds our public schools.

Bills that passed and what they mean for your family

Although work continues in Olympia, we did pass some important legislation during the regular session. Working across the aisle and across the rotunda, we passed numerous bills that will have a direct impact on the lives of Washingtonians across the state.

Improving Access to Contraception
House Bill 1234 allows women across Washington to receive 12 months of contraception at one time. Not only will this help protect women’s health, but the convenience of not having to go to a pharmacy every month will benefit the hundreds of thousands of women in our state who juggle busy schedules.

Preventing Distracted Driving
Texting while driving is illegal. So is holding a cell phone to your ear while driving. But our laws hadn’t been updated since 2007, and it was technically not illegal to check Facebook or other apps from behind the wheel. Senate Bill 5289 makes Washington’s roadways safer by making it illegal to operate a handheld device with more than one finger while driving – and goes into effect this July.

Protecting the Vulnerable
People who can no longer care for themselves due to age, disability or disease need to rely on others, and are at risk of abuse. House Bill 1153 better protects our loved ones by increasing penalties for criminal mistreatment and theft from vulnerable  people. The new law also makes it easier to bring charges and secure criminal convictions, holding abusers accountable for their crimes.

Preventing Gun Violence
When it comes to preventing gun violence, sharing information saves lives. Thanks to HB 1501, law enforcement is now required to let a victim know if their abuser has attempted to obtain a firearm in violation of a court order, as well as follow-up on any illegal or fraudulent attempts to obtain a firearm. 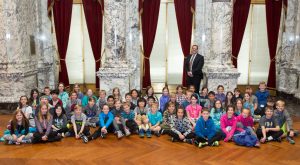 Hearing from you is an important aspect of the democratic process. I’m in office to represent our district, so it’s important for me to know what’s important to you. Please feel free to contact me with questions, comments and ideas, or schedule a visit to the district office.