New schools and over 70k jobs at risk

Although the Operating budget has passed, we remain in session because our work is not yet over. Over a billion dollars in public school construction is in jeopardy because the Senate refuses to pass a Capital budget for the 2017-2019 biennium. Every two years the state passes a construction budget, called the Capital Budget. The state Capital Budget pays for major works projects that span years, including school buildings, mental health facilities, state park improvements, upgrades to state universities, and social programs, keeping Washington a great place to live, work and raise a family.

The Senate Republicans have refused to act on the capital budget unless the House passes a complex piece of legislation relating to water rights that has the potential to severely negatively impact endangered salmon and tribal fishing rights. While we are working hard to find a solution to that difficult issue, we do not believe that it is appropriate to link a badly needed infrastructure budget to a controversial and complex policy bill. If the capital budget does not pass, Washingtonians will lose out on $4.17 billion to build new schools, invest in clean drinking water, continue salmon recovery programs, expand and upgrade mental health facilities, and invest in housing programs.

Large-scale construction projects will help lower class room sizes and allow us to hire more teachers, addressing parts of our McCleary obligations. In order to meet our constitutional obligation to fully fund K-12 basic education, new schools and classrooms need to be built. The capital budget is how the state builds new schools. 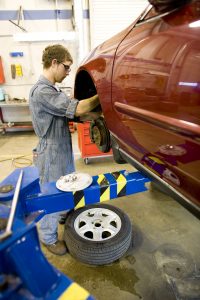 Constituents from the 34th have tirelessly advocated for various significant projects in and out of our district. Your emails, letters, and visits gave us personal stories we used to advocate for these projects with our colleagues. The resources within the Capital Budget are important for people all over Washington State, and many of the projects have bipartisan support in the House; after all, regardless of political affiliation, every community benefits from museums, public parks, and arts programming. This is why the House voted almost unanimously to approve the proposed Capital Budget after a marathon work session at the end of June. All but one House Republican joined the House Democrats in supporting a Capital Budget.

The Capital Budget includes many one-time investments in construction, maintenance, and land acquisition around the state. Some of the important investments in the budget include completing the new Burke Natural History Museum at UW; protecting the incredibly scenic Oyster Dome in Blanchard State Forest from being clearcut; and supporting cultural projects in Seattle such as improvements to the Seattle Aquarium, Town Hall Seattle, and Richard Hugo House (a community writing center).

Projects that are located in the 34th District include:

Beyond projects in our district, this budget also made meaningful investments to Richard Hugo House, the Blanchard State Forest, and the Seattle Aquarium, all beloved resources championed by many in our district. Our colleague Senator Sharon Nelson is working with her fellow senators on both sides of the aisle to convince Senate Republican leadership to act in the best interests of our state.

If the Senate doesn’t act, we stand to lose over 70,000 good-paying jobs and over 4 billion in funding. We’re hopeful the Senate will vote to pass a Capital Budget that’s good for all Washingtonians.