Protecting our Communities from Gun Violence 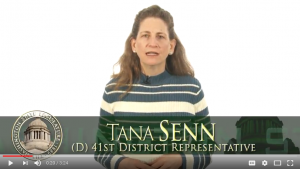 There is no simple solution to preventing gun violence, but here in the Legislature, we’ve been working to find common sense measures that will help make our communities safer while respecting the right of responsible gun owners to own and carry guns. This session, I’ve sponsored one such measure, House Bill 1483, which will give the Washington State Patrol the option to destroy guns forfeited as a result of criminal activity.

Learn more about this legislation and how it will help protect our communities from gun violence in my latest video update! 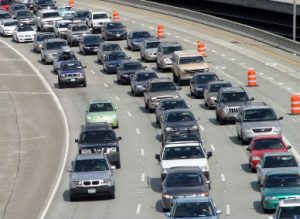 After ST3 passed to expand light rail out to Redmond and Issaquah, many of you reached out to me, shocked about the increased cost of car tabs. For many working families, that increase is a major burden.

Our region needs to move forward with light rail and it is important we uphold the projects that voters approved when ST3 passed. But, we shouldn’t be taxing people unfairly. ST3 uses what is called the “1996 MVET” to assess car value and it is widely seen as unfair because it overvalues vehicles. We have a better valuation schedule, called the “2006 MVET” that is more fair and accurate, and closely tracks with Kelley Blue Book values.

I voted to pass legislation (HB 2201) that moves to the 2006 MVET schedule. If the bill passes, drivers will see corrected car tab costs this year, saving taxpayers $780 million, while light rail projects will remain on track!

A pair of bills working their way through the House would protect net neutrality and consumers’ internet privacy in our state. House Bill 2282, which I co-sponsored, advanced out of policy committee last week. It would ensure that under the state’s consumer protection authority, Washington would continue to safeguard net neutrality for consumers despite the Federal Communications Commission’s rollback of these protections last month.

Specifically, the bill protects consumers from:

Also under consideration is House Bill 2200, which prevents Internet Service Providers (ISPs) from using customers’ private information – such as browsing and search history – to market to them without their consent. This bill passed the House three times last year on a strong bipartisan basis, only to fail to advance in the Senate. With the new leadership in the Senate, the chances of its success this year are much better.

As always, feel free to share this update and please reach out if you have questions or comments.