As you know, on the evening of March 8, the gavels came down for the last time in both legislative chambers, officially marking the adjournment of the 2018 session or, as we call it here, Sine Die. If you’ve never been at a sine die ceremony, check out this TVW video.

Strengthening our communities by building and improving infrastructure

Skyrocketing housing costs and insufficient affordable housing have made it impossible for vulnerable Washingtonians to achieve housing stability.

The threat of repeal of the Affordable Care Act, along with other federal attempts to diminish the law, has led to an uncertain future; the long-term care infrastructure is threatened by the upcoming age wave; rural and underserved communities struggle with a lack of physicians; and the opioid crisis is growing. 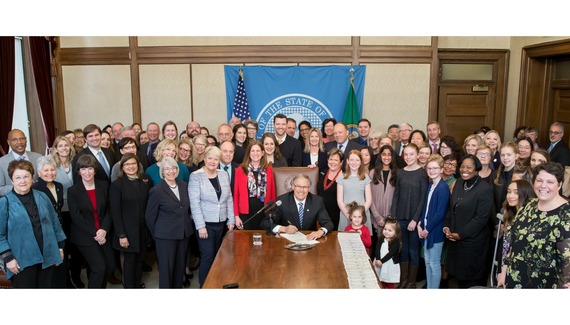 Thank you for taking the time to read this update. Your letters and emails have made an impact on my work as your representative. Be sure to keep them coming because, while the Legislature convenes only for a few months, I work for you year ‘round and greatly value your input.